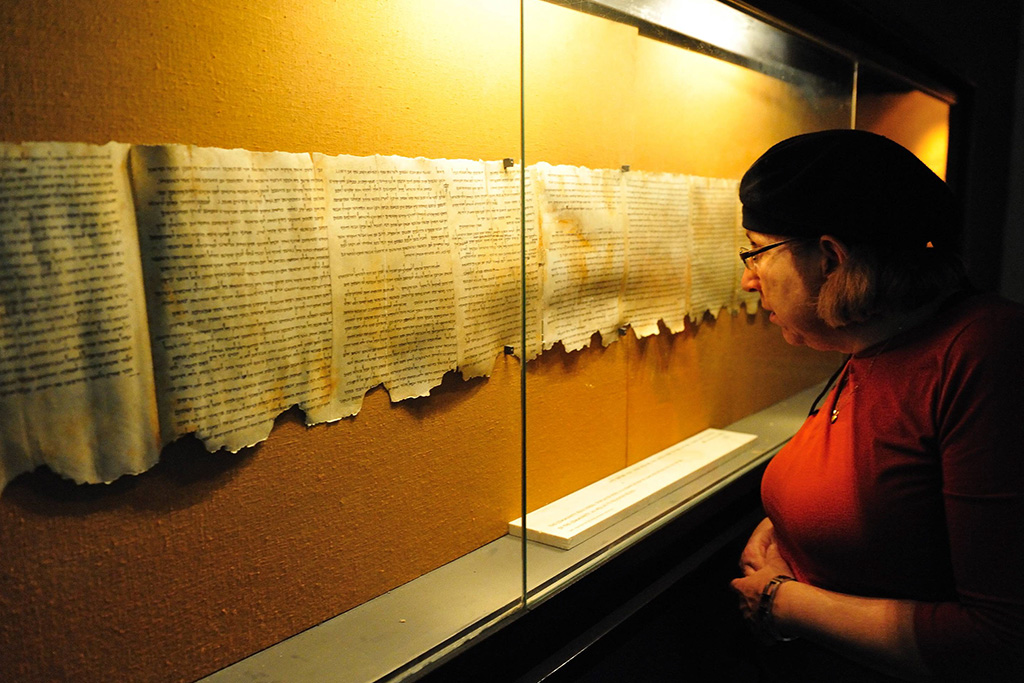 The Dead Sea Scrolls were one of the greatest archaeological discoveries of the 20th century. In the 70 years since these ancient documents were found in the Qumran caves, scholars have meticulously assembled thousands of fragments into more than 900 scrolls.

Rumors and myths have surrounded the scrolls for decades. But over the years, scholars have gained consequential and valuable insights from these relics. Here are 15 things you may be surprised to learn about the Dead Sea Scrolls.

1. Esther is the only Old Testament book not found in the scrolls

The majority of the Dead Sea Scrolls are extrabiblical writings, but among the more than 900 scrolls are over 200 copies of Old Testament books.

Some books of the Bible had dozens of copies. The Qumran caves contained:

There’s at least one copy of every Old Testament book—except for Esther.

2. The Hebrew Bible wasn’t canonized yet

60 percent of the Dead Sea Scrolls are not included in the Tanakh or Old Testament. And among the copies of biblical books, there are multiple versions.

These scrolls were not neatly organized or arranged according to their perceived authority. There is no indication that the community of people who possessed the scrolls saw any of them as more or less valid than the others.

Dr. Lawrence Schiffman, a prominent Dead Sea Scrolls scholar, says, “No other Bible besides the Masoretic Text has any authority.”

3. There may be a guide to hidden treasure

One unique scroll scholars found is made of copper (and a tiny bit of tin). Known as the “Copper Scroll,” it lists 64 locations—63 of which contain items of gold or silver. (The 64th is a backup copy of the treasure map.) None of these treasures have been found, and scholars still debate as to whether or not they actually exist.

Scholars used both radiocarbon dating and paleographic dating to estimate the age of the scrolls, and the results were similar. Carbon dating on some fragments suggested that they were from somewhere between roughly 2,400 and 1,900 years old. By analyzing the writing on those same fragments using paleography, scholars estimated they were between about 2,200 and 1,950 years old.

Coins found in the caves can also provide clues as to how long ago the scrolls were written. The newest coins in the cave were from the First Jewish-Roman War, which lasted from AD 66–73.

5. Scholars used a particle accelerator to identify the ink

While the naked eye could tell us that the scrolls were written in red and black ink on parchment, scholars wanted to know how the ink was made. At the University of California, Davis, researchers used a cyclotron to identify the exact materials used.

They learned that the black ink was carbon black, made from the soot of olive oil lamps. Some of the scrolls used red ink, made from a mineral called “cinnabar.”

6. The scrolls were similar to existing copies of the Old Testament

The Old Testament scrolls found in the Qumran caves have some differences from the Masoretic Text (one of the main manuscripts on which modern Bibles are based). These are called textual variants, and most of them involve minor differences—such as the height of Goliath. The more significant variants have led scholars to question the reliability of the scrolls, but as a whole, the scrolls are very similar to what Jewish people and Christians have been reading for centuries.

The most common differences are changes in spelling (many are nothing more than the ancient equivalent of typos), or a single word difference in a verse.

7. Some of the scrolls were like ancient Post-it® notes

While some of the scrolls contained entire books of the Bible, others were what are called phylacteries, or tefillin—tiny pieces of parchment containing verses from the Torah. Jewish men wore these verses, as prescribed in four passages of the Torah:

The Talmud explains how to wear tefillin and what these scrolls should include.

8. The Isaiah scroll was 1,000 years older than any previously discovered copy

This monumental discovery was one of the first scrolls recovered. It is one of the only scrolls that was almost entirely intact—which is significant, because it’s about 24 feet long. This particular scroll is estimated to be between about 2,350 and 2,100 years old. It contains all 66 chapters of Isaiah in the same order as any previously discovered manuscripts, even though it was more than 1,000 years older.

9. The scrolls were written in three languages

10. One scroll refers to the son of God

A scroll from the fourth Qumran cave mentions a mysterious “son of God” figure and contains an apocalyptic prophecy. The scroll is known as both the “Son of God Text” and the “Aramaic Apocalypse.” Scholars debate whether the “son of God” refers to Jesus or an enemy of God—the context is unclear. There appears to be a large section missing from the scroll, so the debate will likely never be resolved.

The “Temple Scroll” provides a lengthy description of the construction of the temple in Jerusalem. Scholars debate the scroll’s significance, but this was indeed the longest scroll found.

12. One scroll tries to explain why God asked Abraham to sacrifice Isaac

In Genesis, God instructs Abraham to sacrifice his only son Isaac. The Dead Sea Scrolls include a reason: a malevolent figure called “Mastemah” challenges God to test him–not unlike the way Satan challenged God to test Job in the biblical account of the same name.

“God thus does not originate the evil,” says scroll scholar Dr. James Vanderkim, “but merely countenances it and permits Abraham to prove his faithfulness.”

Archaeologists and Bedouin shepherds discovered tens of thousands of scroll fragments in 11 Qumran caves. They found 90 percent of all of the Dead Sea Scrolls in the fourth cave.

14. Scholars can’t say for sure who wrote the scrolls

Scholars have not found any definitive record of the scrolls’ original keepers, so scholars have to use less definitive evidence to determine who wrote the scrolls. Most scholars can at least agree that the scrolls originated from a Jewish sect. Some have argued that the scrolls were the work of first-century Christians, but their case is far less compelling. The best conjectures are a group called the Essenes, or possibly Sadducees. There is plausible evidence for both.

15. Scrolls written on goat and calf hides are more significant

Using DNA testing, scholars determined that the parchment used for most of the scrolls were made from animal hides such as goat, calf, ibex or gazelle.

After analyzing hundreds of scrolls, some scholars believe there is a correlation between the importance of the scroll and the religious significance of the type of animal hide on which it was written. Goats and calves were traditionally considered “more pure,” and scrolls written on these hides appear to be more important.

There’s more to the story of the Dead Sea Scrolls

Since the moment they were found, these ancient documents have been shrouded in controversy. The discovery itself began with a boy who threw a rock. Seventy years later, countries and political entities still vie for possession of them and the ways scholars (and the public) access them have completely changed as technology has advanced. Read more about the fascinating story of the Dead Sea Scrolls, learn about Dead Sea Scroll myths, and get a visual overview with our Dead Sea Scrolls infographic.