Making Sense of the Bible-versus-Science Conflict 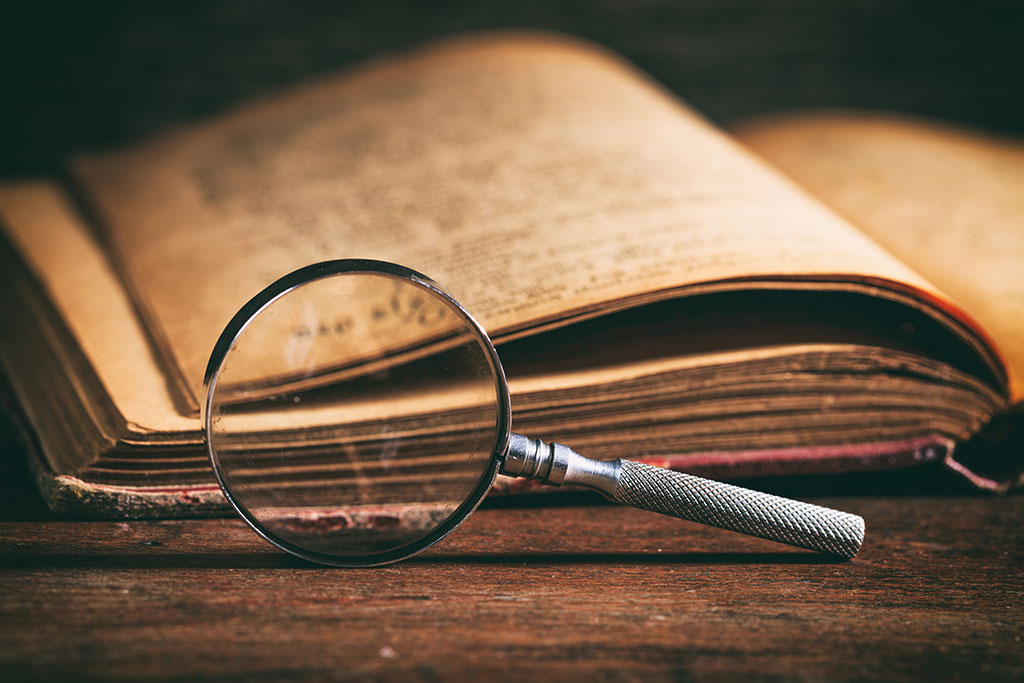 Galileo Galilei lived from 1564–1642 in Italy and was an astronomer, physicist, and engineer. He is sometimes referred to today as the father of modern science for his pioneering work in establishing the scientific method. At the time Galileo lived, the church revered the Bible and wanted to uphold its teachings and their interpretation. Yet like many people at that time, they also believed the earth was stationary and the sun orbited around the earth. This was just common sense. After all, each day the sun appeared on the horizon, rising up and moving across the sky, and then set and disappeared over the other horizon. It looked as if the sun was the object moving around the earth, and not the other way around.

It was more than observation that led them to this conclusion. At that time church leaders believed the Bible taught this as well. Certain Bible verses do seem to teach this, that the earth is unmoving and it is the sun that moves around the earth. We see this in verses such as:

Galileo was an astronomer involved in scientific research, and he published findings in 1632 that claimed the earth orbited around the sun. People didn’t take this notion well, believing his statement contradicted what they believed the Bible said, and Galileo was eventually put on trial for heresy. Another scientist, Nicolaus Copernicus, had formulated the same idea, but he was afraid to make his discovery known widely. On June 22, 1633, the church handed down the following order to Galileo: “We pronounce, judge, and declare, that you, the said Galileo . . . have rendered yourself vehemently suspected by this Holy Office of heresy, that is, of having believed and held the doctrine (which is false and contrary to the Holy and Divine Scriptures) that the sun is the center of the world, and that it does not move from east to west, and that the earth does move, and is not the center of the world.” In other words, the church felt Galileo was teaching something contrary to what the Bible taught. The church leaders put him under house arrest since Galileo refused to change his view and say otherwise.

Looking at these Bible verses today, we understand that God was not speaking or communicating with scientific accuracy in these verses. God was not saying the earth stayed physically motionless and the sun orbited around it. This is an assumption that is being read into the interpretation of this verse, something added beyond what was implied in the original communication. God was simply using common, everyday language to communicate truth about the world—but not making a scientific statement about the orbital patterns of planets. Though they had good intentions, the church imported additional meaning into these verses, going beyond God’s intentions. They were seeking to defend the Bible, assuming that the common language God had used necessarily implied a specific way of understanding the relationship between the sun and the earth. They held that not believing that the sun moved around a stationary earth meant not believing the Bible. Over time it became clear scientifically how the earth and the sun related in orbit. We realized that this scientific way of speaking and thinking about the relationship of the sun and earth was different and distinct from how the Bible was speaking of the relationship.

This is just one example of why we need to carefully study a verse to understand what it is saying in context and not importing scientific meaning or drawing scientific conclusions from the Bible when it isn’t meant to be read that way. As Galileo said, “The Bible teaches us how to go to heaven, not how the heavens go.”

With this in mind, let’s consider another example of how the Bible is mocked as unscientific and crazy.

The “Rib-Woman” Was Not a Rib-Woman

Much mocking of the Bible is about Genesis 2:20–22. In these verses we read that God pulled a “rib” from the body of Adam and created Eve from this rib. “But for Adam no suitable helper was found. So the Lord God caused the man to fall into a deep sleep; and while he was sleeping, he took one of the man’s ribs and then closed up the place with flesh. Then the Lord God made a woman from the rib he had taken out of the man, and he brought her to the man.”

That does seem to be a pretty strange process. It appears to suggest that God is taking an actual rib bone from the man to make the woman—and this is where we get the mocking “rib-woman” name in memes.

As you should know by now, we always need to ask what these verses might have meant to the original recipients. We have already looked into the type of genre and purpose behind why Genesis was written, and that indicates there may be more going on here than God taking out an actual bone from Adam’s chest. God could certainly do that, as he can do anything. But the real question is not if God can do it, but what the text here is saying. The Hebrew word we translate into the English word “rib” is the word tsela. In other passages where tsela or its variants are used it usually is translated into the English word “side.” In the book of Exodus, also written by Moses, the words tselo (a variant) and tselot (plural) are used to refer to the equal “sides” of the ark of the covenant. The word is also used for the “sides” of the altar—in both cases meaning the equal and opposite sides of the object.

Understanding this, it is clear that God was creating Eve here and it is indicating she was half of Adam, an equal half. It is an act imbued with symbolism to communicate that God made Eve to be an equal with Adam—like two parallel sides of the ark of the covenant. Eve is not less than Adam or subordinate to Adam. She is his missing half, a beautiful and equal partner to Adam.

We should read this passage as if through the interpretive lens of the ancient Israelites, considering what they would understand and needed to know at that time. Some trusted scholars see this description as a vision Adam had in which he sees half of himself being symbolically used to form Eve, his equal and partner.

We read that when God created Adam, God made him from the dust and breathed life into him. This verse is not describing a scientific process by which God took dust and transformed it into Adam. When the passage tells us God breathed into Adam, it isn’t implying a physical act, since God is a spiritual being who doesn’t have lungs. Instead, we find more symbolic meaning. When God tells the Israelites about creating Adam from the dust of the ground, he is saying he is the creator and all human beings are mortal. They will one day return to nothing but dust. This same language is used hundreds of years later in Psalm 103:13–14, “As a father has compassion on his children, so the Lord has compassion on those who fear him; for he knows how we are formed, he remembers that we are dust.” It is a poetic reminder to the people of something they already know and understand—that we are all made from dust, not just Adam. This is God’s way of communicating truth to the ancient Israelites, with poetry and symbolism, and not an attempt to explain the creation of human beings through a scientific medical lens.

So there was no “rib-woman.” Eve was created by God in a way that isn’t explained in the scientific detail we might want today. Instead, we are told that Eve was an equal partner to Adam, created in God’s image, and that’s the point God wants us to understand. So when someone asks you, “Was Eve really created from a rib?” I hope you can help them better understand what God was communicating through this crazy-sounding verse.

Drawn from How (Not) To Read the Bible by Dan Kimball. 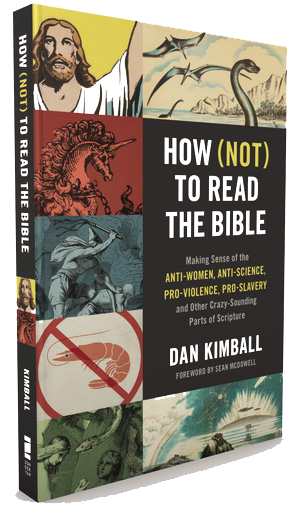 How (Not) To Read the Bible