When Paul penned his stirring testimony, “I have fought the good fight, I have finished the race, I have kept the faith” (2 Timothy 4:7), he most likely was not pulling a random metaphor out of a hat. Nearly every person in the Roman Empire would have thought about one specific race when reading Paul’s words. In fact, it is possible these words of Paul spread beyond the Christian community and ultimately hastened his death.

The Roman emperor Nero had demanded the Olympic Games be held in A.D. 67 so he could compete in the Games while on an extended tour of Greece. In response to his large bribes, Olympic officials added musical events and poetry reading — Nero’s self-proclaimed strong suits — to the program. It was no great surprise that Nero won all those competitions. Those victories were not enough for Nero, however. He entered a four-horse chariot race with ten horses. Despite his unfair advantage, the overweight, out-of-shape emperor did not fare well in the contest. While entering a turn, he lost control and fell out of his chariot. Nero was unable to finish the race, but the judges proclaimed him the winner and placed the victor’s wreath on his head anyway.

When Nero returned to Italy, he celebrated his great finish by riding into Rome in the chariot Augustus Caesar had used in his triumphant entries. He was garbed in a Greek star-spangled mantle over a purple robe and wore the Olympic crown on his head. No doubt the crowds that joyfully cheered Nero along his triumphant route also gleefully spread the word of his humiliating “victory.”

Soon after Nero’s return to Rome, Paul composed his concluding testimony, “I have finished the race.” Soon after that, the edict was signed for his execution.

Paul’s Example to Fight the Good Fight and Finish Well

Biblical scholar and teacher Dr. J. Robert Clinton studied the lives of one thousand biblical figures. He discovered that fewer than 30% finished well. Sadly, many leaders today start off strong but falter before the finish. Dr. Clinton notes that Paul provides valuable lessons on how to finish well.

Leaders lose influence if they do not continue to grow. But growth doesn’t just happen. It requires intentionality and investment. Paul was passionate about his spiritual potential. In Philippians 3:12 – 15 Paul declared important truths about how to keep growing to the end:

• Communicate honestly where you are: “Not that I have already obtained all this, or have already arrived at my goal . . . I do not consider myself yet to have taken hold of it.”
• Concentrate totally on your goal: “I press on to take hold of that for which Christ Jesus took hold of me. . . . I press on toward the goal to win the prize for which God has called me heavenward in Christ Jesus.”
• Consecrate everything you have to get there: “But one thing I do: Forgetting what is behind and straining toward what is ahead. . . . All of us, then, who are mature should take such a view of things. And if on some point you think differently, that too God will make clear to you.”

Paul put a “10” on every person’s head — meaning he expected the best of them and helped them think more highly of themselves. He gave people hope, and he shared himself with others. Bottom line, Paul demonstrated up to the very end of his life that people matter.

Paul was faithful to God’s call. As the apostle bade a tearful, final farewell to the elders in the church at Ephesus, he reminded them he had faithfully served the Lord despite hardships. He told them he felt compelled to go to Jerusalem although he knew chains and tribulations awaited him there. But, Paul assured them, none of that mattered to him. What did matter was that he finish the ministry he had received from the Lord (Acts 20:17 – 25).

Those who wanted him to quit preaching could throw rocks at him, but that didn’t stop Paul. He counted it a privilege to suffer for Christ. They could threaten him with prison, but Paul could laugh and say, “Which one? Can I go back to Rome? I was witnessing there last time I was in prison.

What could be done with the apostle Paul? Absolutely nothing, because nothing mattered more to him than faithful obedience to God. The true nature of leadership isn’t self-centered exaltation like Nero demonstrated — it’s an ongoing process of sacrifice that faithfully serves others and obeys God no matter the cost.

Growth matters. People matter. Obedience matters. When we embrace and embody those principles we can, like Paul, lead well and finish well. 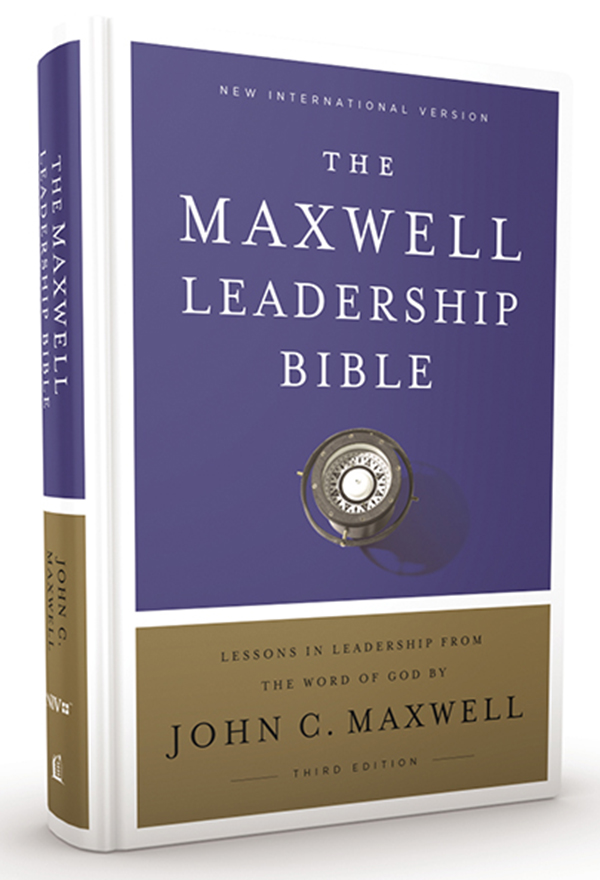