Is God Actually Involved in Our World? 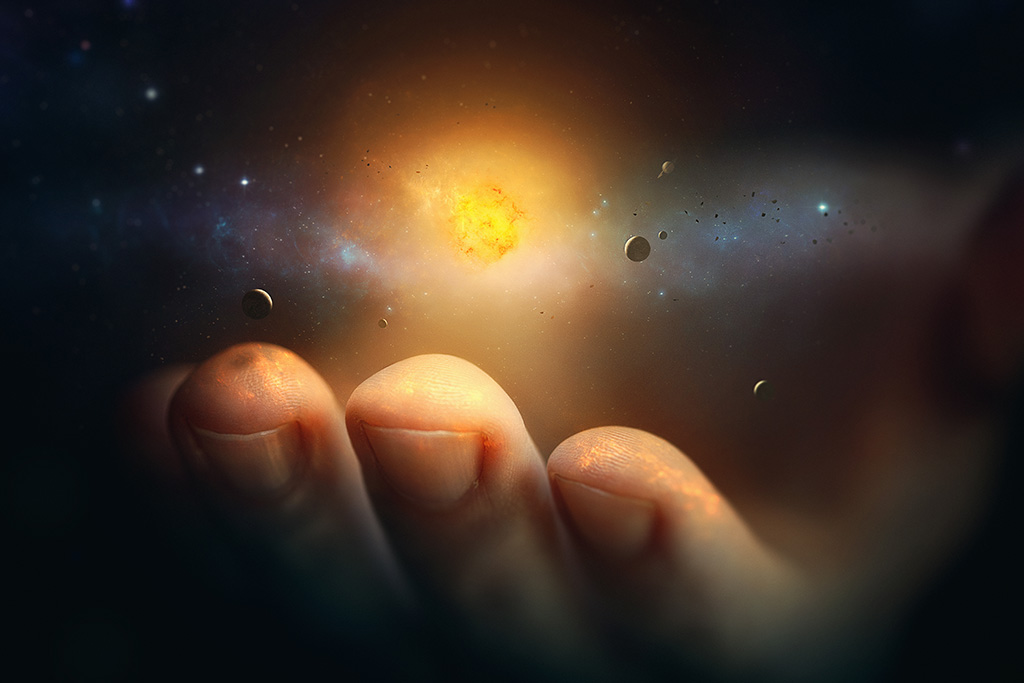 In 1802, William Paley introduced his Divine Watchmaker argument to the world. He said that just as the complex inner workings of a watch necessitate a designer, so the complexity of the universe necessitates a creator. Some have taken that argument a step further, saying just as a watchmaker designs a watch, winds it up and leaves it to function on its own, so God created our world but then removed himself to let it operate by its own laws.

While Christians affirm that God is the Creator, they usually don’t go that far. Instead, they believe that God didn’t simply create our world but also sustains it.

We see this most clearly when we look at Jesus Christ.

The Bible makes it clear that Jesus is the image of the invisible God (see Colossians 1:15), “The radiance of God’s glory and the exact representation of his being” (Hebrews 1:3). The Bible also tells us that Jesus is the Creator: “Through him all things were made; without him nothing was made that has been made” (John 1:3; also see Colossians 1:16).

Furthermore, he is intimately involved in the everyday matters of our world. As the apostle Paul puts it, “He is before all things, and in him all things hold together” (Colossians 1:17). Paul also says, “In him we were also chosen, having been predestined according to the plan of him who works out everything in conformity with the purpose of his will” (Ephesians 1:11).

Our God is a “hands-on” God. Nothing is excluded from the scope of God’s sustaining work. Why, then, do things often seem so chaotic? If Christ is really sustaining our world, why do we experience so much pain and tragedy?

To begin with, the Bible affirms that even chaos is under God’s control — that is, God can even take evil and make it something that works for his good will. As Ephesians 1:11 says, God “works out everything in conformity with the purpose of his will.” For example, years after Joseph was betrayed by his brothers, he declared to them, “You intended to harm me, but God intended it for good to accomplish what is now being done, the saving of many lives” (Genesis 50:20). God even allowed the devil to bring destruction to Job’s life, but he used it ultimately for good. As a medieval proverb says, “God can use a crooked stick to draw a straight line.”

We see this ultimately in the atoning death of Jesus Christ. Jesus’ crucifixion was the most wicked and horrendous crime ever, given the innocence of the Son of God. But God used, even willed, the crucifixion of his innocent Son to save sinful humanity. God may allow evil things to happen. But he always does so with holy displeasure and with good intention. Satan, Judas and Joseph’s brothers may have had evil intentions, but God remained good, holy and just. He permits evil in accordance with “the purpose of his will.” God does nothing contrary to his good, holy and loving character.

This is a bedrock truth that Christians from a variety of traditions affirm. From church fathers such as Irenaeus and Augustine, to John Wesley and Dwight L. Moody — it’s been a consistent teaching of the church. Christians debate the relationship of God’s rule to human freedom, but no one denies that God is the ultimate sustainer and governor of the universe.

So, no matter how chaotic things may appear from our perspective, we can feel confident in the gospel promise that God governs and sustains all things according to his purpose. As Paul proclaimed, “We know that in all things God works for the good of those who love him” (Romans 8:28). God has a plan for our world, and as part of it he works intimately in each of our lives for our benefit.

Lord, thank you that you are a “hands-on” God and that nothing is excluded from the scope of your sustaining work. I love you and trust you in all things.