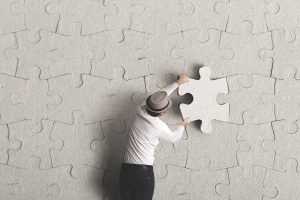 All of human history had been moving toward one climactic moment: the death of Jesus Christ. From the first hint in Genesis 3:15 that the serpent would strike the heel of the man to Simeon’s prophecy to Mary that a sword would pierce her soul (see Luke 2:34–35), history has held its breath—waiting for the promise to be fulfilled. Those prophecies were finally, painfully fulfilled as the Lifegiver gave up His spirit on the cross.

All of the Old Testament sacrifices pointed to this moment. At this juncture, the great High Priest became the sacrificial Lamb. The symbolism and mysterious predictions became a reality in the life and death of this man who was God. This God-man who turned himself over to death so that His murderers could be forgiven. This man-God whose death would remove the sins of His own mother, who watched with sorrow as the prophecies became reality on that hideous cross. This God-man whose willing sacrifice sufficiently and completely covered the sins of men and women past, present, and future.

Angels, prophets, and Jesus Christ himself predicted His death at the hands of sinners. But His death was also for those sinners. God’s justice demands death for sin. God’s mercy provided the willing, perfect sacrifice for sin. The cross is God’s love gift. On that cross love made a man die so that His enemies could live. There, the only perfect human died so that we sinners can be forgiven. On that day, everything that separates people from God was torn in the brutal tearing of Christ’s body.

He did it for you. This sacrifice was the only way your sins could be paid for without your own eternal death. Christ’s death paid the price of your sin. When Jesus said, “It is finished,” he meant there was nothing else to do, nothing left to pay. He paid it all—totally, completely, permanently.

1. Have you accepted Jesus’ death as full payment for your sins? How does it feel to be completely forgiven and free from eternal death?

2. Who are the people in your life who have not accepted Jesus’ death as payment for their sins? Pray for those you know who haven’t asked for his forgiveness.

3. What are different ways you can thank Jesus for the wonderful love gift that only He could give? Pray and thank Him right now. 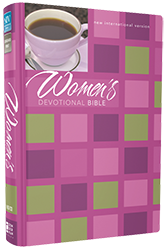