Elizabeth and Zechariah: Prayers Answered, the Nation’s Long Wait Comes to an End 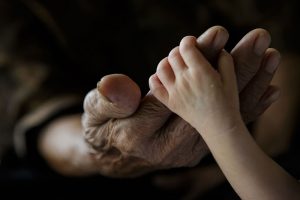 “The end of an era,” people say when a retiring coach hands over their clipboard to a young assistant. Similarly, when a new president, new pastor or new principal moves in, one era ends and another begins. As fresh faces take over, new ways surely follow.

Elizabeth and Zechariah were among the very first to sense the change that came with Jesus. Devout believers from priestly families, they represented the best of the old order. They had devoted many years to serving God under the Old Testament law. Yet a cloud of sadness hung over their lives, for they were growing old, and the greatest blessing they could imagine had been denied them. Childless, they knew their line would die out when they passed away.

Then the new era abruptly broke in. One day as Zechariah was performing his duties in the temple, an angel brought some astounding news: He would have a son! Zechariah, long past the age of parenthood, asked for proof and got perhaps more than he had bargained for (see Luke 1:20).

A short while later a relative of Elizabeth’s named Mary brought even greater news. The Messiah, the Savior the Jews had been longing for, was on the way! Not only had God answered Elizabeth’s and Zechariah’s personal prayers, their nation’s long wait for the Messiah would soon come to an end as well.

Soon the old priest Zechariah and his elderly wife Elizabeth were bringing up the young and vigorous John the Baptist, a true original who would prepare the way for Jesus. With unusual foresight, the old couple greeted the new era with joy. In it they saw not the loss of their old order but the fulfillment of their dreams.

Apply It to Your Life

Think of a time in your life when an old era ended and something quite new began: a move, a marriage, a new job or perhaps an experience with God. What made the change difficult? What made it joyful? How was God involved? 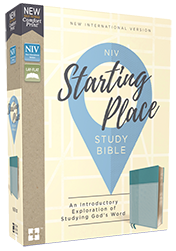