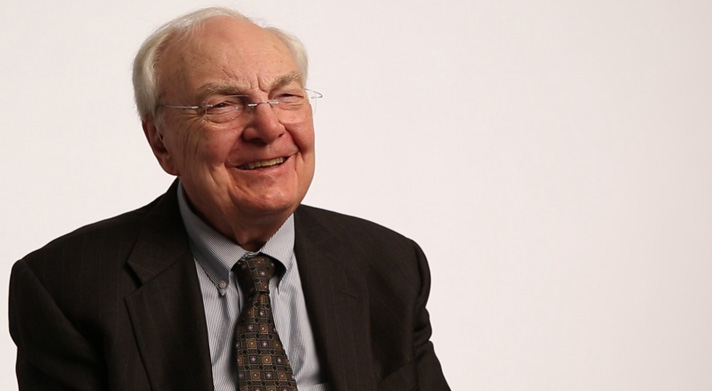 Bruce Waltke began working on the New International Version of the Bible as a translator in 1974, and remains involved as a member of the CBT today.

Translation as an Exercise in Faith

“Why do we need another translation?” Bruce Waltke asked his colleagues at Dallas Theological Seminary. “I don’t want to invest my life in that.”

Two of Waltke’s fellow professors were starting to help translate the Old Testament for the New International Version of the Bible, and they wanted Waltke to join them. It was an exciting endeavor: They would be starting with the original texts and putting God’s Word in contemporary English.

But they hadn’t yet convinced Waltke of its merit—until one of them challenged him to name a translation that he thought was a good translation.

A professor of the Old Testament, Waltke had dedicated his life to teaching and studying the Bible. He had supervised archeological digs in Israel. He had even worked on a translation in the 1960s, the New American Standard Version, but it was not in the language of the people. Thinking over other available translations, he had no answer for his friends.

In June 1974, he joined the NIV translators at the University of St. Andrews in Scotland, unaware of the challenges that awaited him. Waltke had degrees from Houghton College, Dallas Theological Seminary and Harvard University, but he struggled to put his deep knowledge of ancient Hebrew into modern English.

“Very little of what I suggested for the translation that year was accepted,” Waltke said. His co- translators kept pushing him to put the text in the language of the people.

One day, it finally clicked. “I realized how far removed I had become as an academic from where people really are,” he said.

A verse was only as accurate as it was comprehensible to the reader. Waltke would not sacrifice faithfulness to the original text, but he and the other translators would not ignore modern English syntax and vocabulary, either.

“It’s an exercise of faith as you’re doing it,” said Waltke, who continued to work on the Old Testament translation and, in 1980, became a member of the Committee on Bible Translation (CBT).

The work involved long, intense meetings, often overseas and with families in tow—also an exercise in faith. These locales offered fewer distractions and were cheaper overall, but the New York Bible Society (now Biblica) did not cover costs for children, just spouses. Translators had to figure out how to pay for their kids’ plane tickets, room and board, on a salary of $5 an hour. The NIV was a labor of love, not monetary gain. The Bible society couldn’t afford to pay any more.

Additionally, the time commitment meant that some scholars sacrificed moving forward in their academic careers to pursue a translation they passionately believed in. They postponed teaching, writing and speaking projects, and dedicated sabbaticals to the translation work.

The original members of the CBT gave their lives to the project, spending countless weeks away from home every year as they pored over each word.

Why would they go through so much effort and sacrifice?

“They believed God would use it,” Waltke said. “He has. When I look at the fruit of it, and I see the people, it’s just a wonderful thing.”