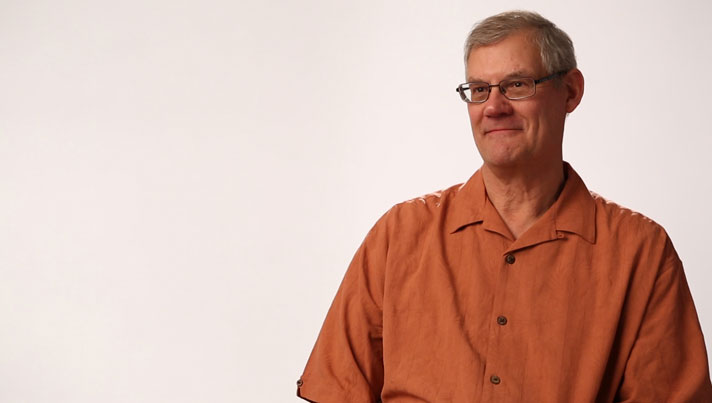 Doug Moo joined the Committee on Bible Translation in 1996, and soon brought up his complaint over the translation of the Greek word “sarx.”

“According to the fashion?”

“We want to get it right,” CBT member David Instone-Brewer said.

Sometimes, finding the best way to portray a verse or word in English takes years.

“All of us recognize how high the stakes are.” Moo said. “These are words that are becoming part of people’s Bibles. The Word of God to them.”

Early in his CBT career, Moo encountered these strict standards when he brought up a grievance with the 1984 edition of the NIV. In some parts of the New Testament, the Greek word sarx was translated as “sinful nature.” Moo had studied Paul and the New Testament for years. He knew that the English equivalent of sarx is the word “flesh” and brought up the problem with the CBT.

The original NIV translator had been concerned that someone reading the Bible might think of muscles and bones when encountering the word flesh. “Sinful nature” was chosen to combat this issue.

“All right, Doug. You don’t like this. You do a study and tell us how to change it,” he was told by the committee.

Moo didn’t think the task would be too difficult. But looking at the matter from a translator’s point of view, Moo began to see problems with both terms. To his frustration, there did not seem to be any reason-able alternative to “flesh” or “sinful nature.” Over the years, he continued to study and seek the counsel of other experts on Paul. They believed that Paul wasn’t referring to nature with the word sarx.

“It finally seemed to me that our best option was simply to use the word ‘flesh’ and recognize it’s sort of a technical word Paul is using,” Moo said. As people continued to read the Scriptures, the meaning of this Bible vocabulary word would become clearer. In context, “flesh” would express the sinful state of human beings, not a physical body.

In 2010, he advocated again to change the translation of sarx to “flesh” as the most accurate representation of the original Greek. Based on his extensive study, the majority of his CBT colleagues supported his conclusion.

Today, in the New Testament books written by Paul, sarx, when used in a theological sense, is most often translated as “flesh.” “Those who are in the realm of the flesh cannot please God” (Romans 8:8).