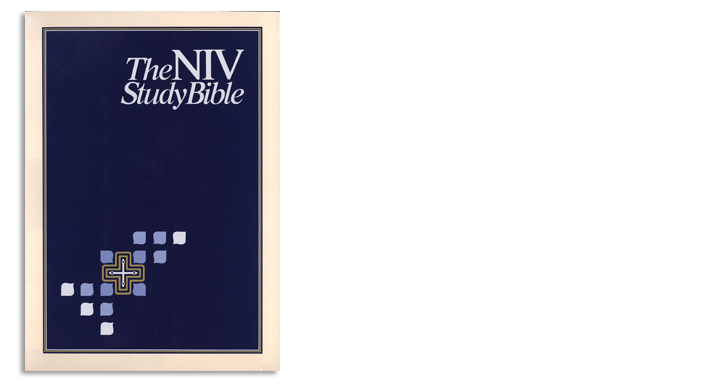 The NIV Study Bible was published in September 1985. Since then, more than 10 million copies have been printed.

After seven years of planning, research and writing, The NIV Study Bible finally reached the hands of the public in September 1985.

Since the release of the full NIV Bible in 1978, the Committee on Bible Translation (CBT) and Zondervan Publishers had hoped to produce a study version that would do one thing: help the reader better understand the Bible.

Even in places where the English translation was clear, notes and references could further clarify the meaning of the text. The NIV Study Bible provided clarity and context in abundance, with 20,000 notes and numerous maps, charts and diagrams.

Forty-four scholars contributed original study notes to the project, and Ken Barker, a member of the Committee on Bible Translation, served as its general editor after the original editor, Ed Palmer, passed away in 1980.

The scholars who worked on the project were all deeply committed to the complete truthfulness of Scripture. They came from across the spectrum of evangelicalism, and most had also worked on the initial NIV translation. Committee members and editors reviewed their notes to ensure that they successfully avoided “theological polemics.”

The diversity in the scholars’ backgrounds served as an added check that prevented the notes from having a distinct denominational or theological bias. If an agreement couldn’t be reached by the general editor and associate editors regarding the meaning of a passage, the notes would offer two or three views on the matter.

“We had to take a more cooperative approach because of our aim,” Barker said.

The desire to reflect the broad evangelical community can be seen in the notes on Revelation 20:2, where John describes Satan as being bound for a thousand years. The meaning of this millennial period is heavily debated by evangelicals, and to favor any one viewpoint would only serve to alienate part of the evangelical Christian community. As a result, the editors chose to describe the amillennial, premillennial and postmillenial views of the passage rather than focus on one particular interpretation.

The response from scholars when the finished Study Bible appeared was encouraging.

“This is the study Bible that many have been waiting for,” said Curtis Vaughan of Southwestern Baptist Seminary. “A must for every serious student of the Bible,” said David E. Aune, professor at Saint Xavier College. James A. DeJong, president of Calvin Theological Seminary, who had been asking for a study edition of the NIV for five years, found the “introductions to be thorough, yet pointed; the biblical references rich.”

Yet the Study Bible wasn’t just for pastors and professors. It was for any Christian who wanted to develop a deeper understanding of the Bible. Since its release, The NIV Study Bible has sold more than 10 million copies.

As with the NIV Bible, updated editions of The NIV Study Bible have been published over the years that incorporate scholarship developments and text updates. Other study Bibles that have been released over the years focus on archaeology or cultural insights from biblical eras. Continuing in the tradition of providing top scholarship, Zondervan will release a new comprehensive study Bible, the NIV Zondervan Study Bible, in fall 2015.