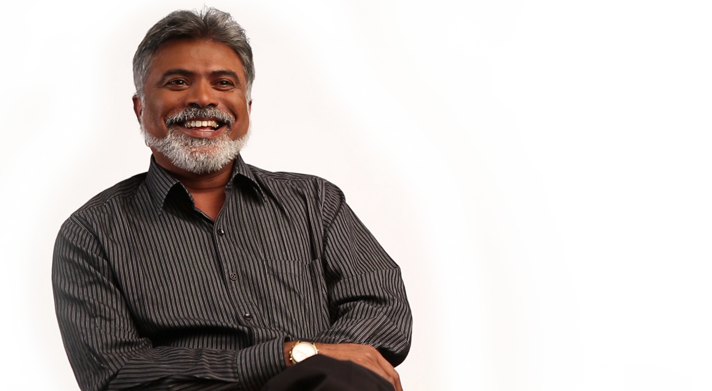 Paul Swarup first encountered the NIV as a teenager in India, and has served as a member of the Committee on Bible Translation since 2008.

For This CBT Member, the NIV’s Influence Spans Decades and Thousands of Miles

From its conception, the New International Version of the Bible was intended to be a translation for the entire English-speaking world. Scholars from several countries participated in the translation process. Language that was too American or too British was avoided, and an anglicized version was printed for the British Commonwealth that would take into account spelling and vocabulary differences.

After publication of the NIV in 1978, churches in countries such as Australia, the United States, Zimbabwe, the United Kingdom and New Zealand began to adopt the new translation. The NIV was the translation that Paul Swarup, a member of the Committee on Bible Translation, had turned to as a teenager in India, when his faith began to deepen.

“More than the NIV, the NIV Study Bible really impacted a lot of us at that time,” Swarup said. “It was one of the best study Bibles ever produced. . . . It’s a translation I really loved.”

When he entered college, Swarup wanted either to join the Air Force or to practice law. But one night, he had a vision that would change everything. He dreamed that he saw Jesus standing with Moses, placing a band around the head of a little boy who was kneeling before him. When he awoke, Swarup found a band on his own head.

The next morning he asked his father what it all meant.

“Maybe God is calling you for the ministry,” his dad said.

It wasn’t the answer Paul Swarup wanted to hear. As much as he enjoyed studying the Bible, Swarup had no desire to join the ministry. To him, such a career was for people who couldn’t make much out of life.

Swarup eventually came to agree that he should join the ministry, but he didn’t want to become a pastor. He studied theology at Union Biblical Seminary, and worked with church youths and drug addicts in jail, avoiding direct pastoral ministry. But his gifts were obvious and his calling to become a pastor was clear to all those around him.

“God was constantly saying, ‘This is the way I’m going to take you,’ but I just felt that pastors are the biggest hypocrites,” Swarup said.

Finally, he gave in. Swarup returned to school and earned degrees at Union Theological College Bangalore, Princeton Theological Seminary and the University of Cambridge, specializing in Old Testament theology and the Dead Sea Scrolls.

Today, as the presbyter in charge at Cathedral Church of the Redemption in New Delhi, Swarup preaches using the same version of the Bible that helped him to better understand his faith as a teenager.

“We actually have the newest edition of the NIV as our pew Bibles,” Swarup said. “It’s easy for the reader, and we have several lessons read in a morning worship. It needs to be heard well and understood well, and I think that’s where the NIV is way beyond the others.”

In 2008, Swarup received a letter from CBT chairman Doug Moo inviting him to join the committee as its first Asian member and help maintain and update the translation.

“Christianity now is really growing in the majority world,” Swarup said. “We’re trying to do the best we can for the entire world.”