A Study of Prophets and Prophecy in the Bible 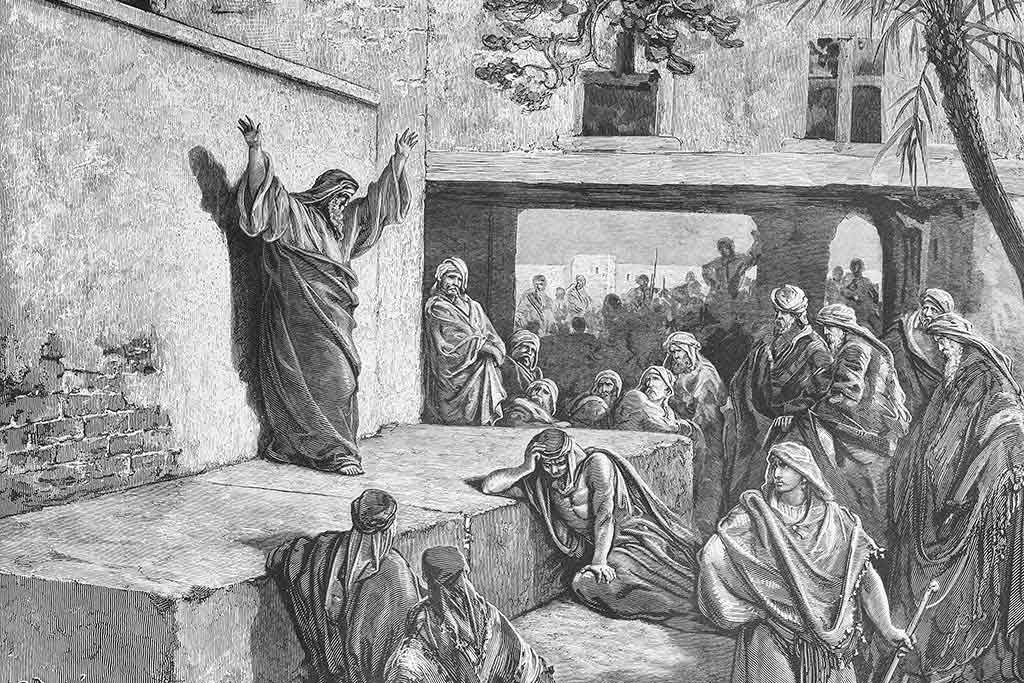 Prophets in the Old Testament largely advised the king, delivering words of warning, divine guidance, and encouragement. Nathan’s well known rebuke of David for his adulterous relationship with Bathsheba and his complicity in the death of her husband is a case in point (2 Samuel 12:1 – 14).

In the eighth century BC, the focus of the prophet’s message turned more to the people at large. It would be a mistake to think of prophets in the Old Testament as only predicting the future. Their primary role was to make known the holiness of God and the covenant obligations, to denounce injustice, idolatry, and empty ritualism, and to call God’s covenant people, Israel, to repentance and faithfulness. In the period leading up to the exile and Judah’s deportation to Babylon in the sixth century BC, the prophets often delivered messages denouncing rampant social injustice and the oppression of the poor. In the postexilic period, the prophets turn their attention more specifically to the promise of national renewal and the spiritual blessings that come with trusting God and obeying his will.

Being a mouthpiece for the word of the Lord was often a dangerous calling. People frequently mocked, rejected, persecuted, and even killed God’s prophets (see 2 Chronicles 36:16, Jeremiah 18:18; 20:2). Stephen, the first martyr of the new covenant, pointedly asked, “Was there ever a prophet your ancestors did not persecute?” (Acts 7:52).

Prophecy and Prophetic Ministry in the New Testament

There can be no doubt but that the voice of the Lord was rarely heard during what we call the intertestamental period. The most prominent prophetic voice in the New Testament, aside from Jesus himself, was John the Baptist (Matthew 11:9; Luke 1:76).

On the day of Pentecost, Peter declared that unlike the more limited exercise of prophecy during the time of the old covenant, God would henceforth pour out his Spirit “on all people” (Acts 2:17). Peter said the result would be a fulfillment of God’s words: “Your sons and daughters will prophesy, your young men will see visions, your old men will dream dreams. Even on my servants, both men and women, I will pour out my Spirit in those days, and they will prophesy” (Acts 2:17 – 18).

The Gift of Prophecy

Paul declares that the primary purpose of prophetic ministry is to strengthen, encourage, and comfort believers (1 Corinthians 14:3). In other words, “the one who prophesies edifies the church” (1 Corinthians 14:4). Prophecy may also bring conviction of sin to unbelievers who happen to be visiting the gathering of God’s people, as “the secrets of their hearts are laid bare” (1 Corinthians 14:24 – 25).

Paul envisions prophetic utterances teaching others (1 Corinthians 14:31) and even serving as the means by which certain spiritual gifts are identified and imparted (1 Timothy 4:14). Luke describes situations in which prophecy serves to provide divine direction for ministry (Acts 13:1 – 3) as well as to issue warnings to God’s people (Acts 21:4,10 – 14).

Paul declares that all prophecy is based on a revelation (1 Corinthians 14:30; compare with 1 Corinthians 13:2). The apostle likely has in view the sort of divine disclosure or unveiling in which the Spirit makes known something previously hidden (e.g., Matthew 11:27; 16:17; 1 Corinthians 2:10; Galatians 1:6; Ephesians 1:17; Philippians 3:15). Thus, prophecy is not based on a hunch, supposition, an inference, educated guess, or even sanctified wisdom. Prophecy is the human report of a divine revelation. It is always based on a spontaneous revelation.

As helpful as prophecy is to the church, Christians are not to gullibly embrace all who claim to speak on behalf of God. Rather, the church must “test the spirits to see whether they are from God, because many false prophets have gone out into the world” (1 John 4:1). John is concerned with whether the “prophet” affirms the incarnation of God the Son in the person of Jesus Christ (1 John 4:2 – 3; 2 John 7 – 11). This may be, at least in part, what John has in mind when he writes that “it is the Spirit of prophecy who bears testimony to Jesus.” (Revelation 19:10). In other words, all true prophecy bears witness to Jesus Christ. Prophetic revelation is not only rooted in the gospel of the life, death, and resurrection of Jesus; its ultimate aim or primary focus is also to bear witness to the person of the incarnate Christ. Prophecy, therefore, is fundamentally Christ-centered.

Drawn from an article by Sam Storms in the NIV Biblical Theology Study Bible.

Marvel at the big story and savor each detail. The NIV Biblical Theology Study Bible allows you to ponder the individual stories and themes of Scripture while observing how they all fit together in God’s grand biblical narrative. Includes 20,000 verse-by-verse notes and hundreds of study features. (Previously released as the NIV Zondervan Study Bible.) Learn More