“Do Big Things for God!” 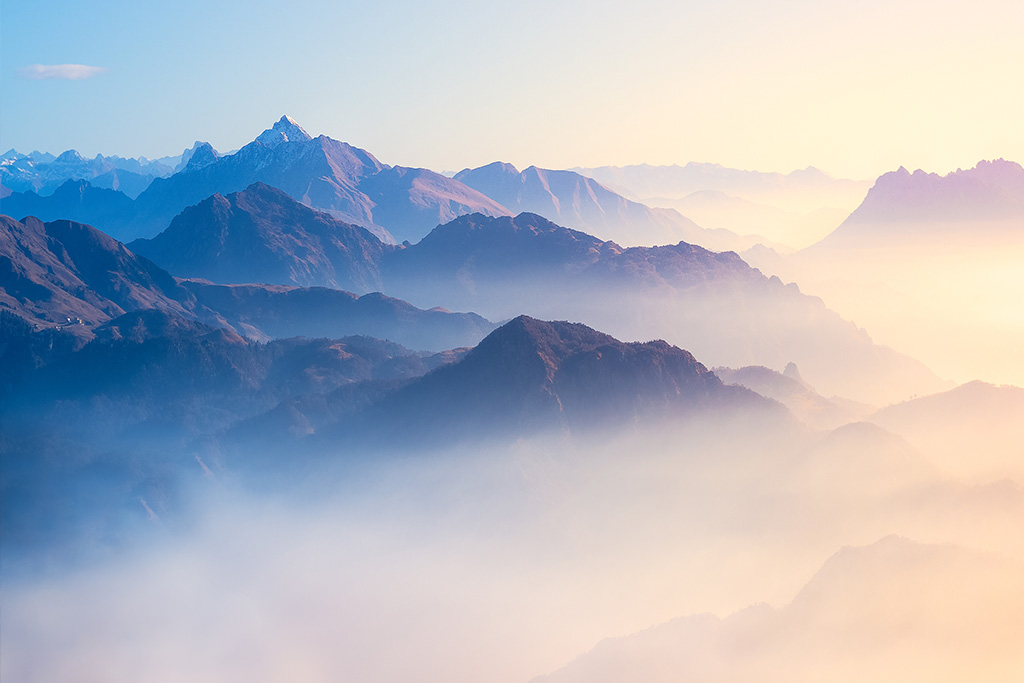 Have you ever heard this encouragement before? Perhaps you were at a conference, in a church service or involved in some ministry opportunity and you were charged with this grand statement. Perhaps you were even boldly told, “God has big plans for you!”

Chances are you have heard this challenge before. I heard it countless times growing up in the 90’s. It came from well-intentioned people who would observe my zealous heart for God and declare, “God has big plans for you!” While I agree that God calls some people to have a larger sphere of influence in his name, and I know that most of these people were well intentioned, I found that my youthful heart misconstrued this statement. As a result of hearing this many times and taking it to heart, my flesh and the enemy found real fodder for trapping me in navel-gazing that resulted in alternating bouts of selfish ambition or self-loathing.

This phrase, if not rightly interpreted through the lens of the gospel, can quickly morph into a rallying cry for mere human ambition and misguided aspirations disguised as service to God. It can cause us to overlook truly great opportunities for ministry and instead pursue influence, positions of power and a larger platform. When this happens, humility is exchanged for self-promotion and the work suffers.

Here is how this reality played out in my life for a good decade. Upon graduation from college, I found myself with an art degree and a desire to be a wife and mom. But I also had a deep desire to be involved in some sort of “big” ministry. After walking across the stage at graduation and realizing that none of these things had materialized, I thought, “What on earth am I going to do with this degree?” So, as it is with many artists who graduate without an immediate plan, I took a job working in retail clothing sales and moved back home feeling not too grand about myself. As the years went by, I worked in many beautiful little shops, but still, in my naivety felt that I needed to be doing something “bigger.” I reasoned with myself that I was not the glamorous boutique owner, the buyer or a shrewd entrepreneur—I was “just” the sales clerk. My misplaced identity and misguided expectations concluded that this was not the job a college grad from an affluent area should be in. And even more concerning was the nagging question, “What about God’s big plans for me?” and the inability to shake the thought, “Is this all I’m going to be doing with my life?” as I unpacked new shipments, steamed endless garments, spaced hangers, merchandised clothing and cleaned up dressing room floors. But these were the very mindsets that needed to be challenged and these solitary, humble tasks were just the place for the battle to occur.

And a battle it was. Sadly, I truly struggled to appreciate this season for a long time because I had been told my whole life that God had big plans for me, and surely those big plans didn’t involve these simple tasks? Turns out, God’s plan did involve those things! Those early years in retail were some of the most formative of my life. I had to come face-to-face with questions about whose kingdom I was really wanting to build and where my identity was anchored. Was it in my job title? My salary? How people treated me or respected my position? My marital status? My ministry status? My motherhood status?

I struggled with these questions for quite a while. After all, these were good gifts to aspire to, right? Yes. All of those things are good gifts, but they all make bad gods. During this time, I was introduced to a wonderful little book called The Practice of the Presence of God by a monk named Brother Lawrence. I know, you’re probably thinking—like I did—that this monk was an amazing holy man who sought the Lord in his study and was a respected scholar of the day. In reality, Brother Lawrence’s duties involved weeding the garden and cleaning the dirty dishes in the monastery’s kitchen. Despite his humble duties, his treatise in the book was that all things could and should be done out of love for God and with a conscious knowledge of His presence—whether that presence was consciously felt or not.

This concept had revolutionized Brother Lawrence’s life, and it began to revolutionize mine. I began to talk with God as I folded clothes, spaced hangers, merchandised new trends and interacted with my coworkers and clients. As I did, I began to see my role in a whole new light. I was God’s beloved daughter, and he was always with me and already proud of me.

Every moment was an opportunity to commune with him. I began to realize that I was already “on mission” with him in those beautiful little shops. I began to experience freedom from the tyranny of the thought that I had to do “big things” in order to have a Christian identity, or any other identity for that matter. As it grew, my identity in Christ began sending down roots into the firm and fertile soil of being loved and called by God, indwelt with his Spirit, and commissioned as Christ’s ambassador wherever I went. My title, my salary, the prestige (or lack of prestige) in my work didn’t affect that identity.

Fast forward a few years and I found God moving me into the occupation of teacher and artist and, I’m happy to say, into the role of a wife (while still waiting on the motherhood piece). Yes, these professions and roles aligned more with my gifts and interests. However, the difference was that with this particular “graduation,” I walked across the stage of life clinging to a different degree—one I would need to use every moment going forward.

This degree didn’t have my name and credentials on it. Instead, it had Christ’s. This diploma included his perfect record, the guarantee of God’s unconditional love through Jesus’ finished work, and his power within me to live and love the life he was calling me to. I found that with this “graduation” I was more content with the accolade that I was “faithful in the small things” rather than seeking my worth and identity in the “big” things.

But, as with all graduates who have ever walked across a stage know, the real application of knowledge happens after the ceremonies are over. Life is the classroom where knowledge turns into practice. This is where I live today—still seeking to fight the siren call of false identities and faulty kingdoms while I cling to my Savior and rest in his love. I suspect this is the great work for every Christian.

Christ is our great example here, as he is in all things. We only need to look at his humble entrance into the very world he created to remember that God does indeed do big things, but often through small people and seemingly insignificant means. He allowed himself to become incarnate, implanted into the womb of Mary, this young virgin from an obscure town. He voluntarily did so in fulfillment of hundreds of years of prophecy so that he could do the truly big work of our redemption. Mary’s response to the angel’s news is recorded in Luke 1:46-55 and is often referred to as “The Magnificat.”

In one of God’s mysterious dealings in my own life, a painting that I created and that I gave the same title found its way to the team at Zondervan—the publishing enterprise responsible for the Artisan Collection Bible series. The very fact that I’ve had the opportunity to write this post and have my work featured on the cover of God’s Word can only be credited to the Lord’s generous dealings with ordinary people. And you’d better believe that with this invitation came the old temptation to build my identity once again on temporal things and the accolades of others. But by God’s grace, that temptation is now exposed for what it is — empty.

I have now experienced the greater sweetness of reveling in my everyday call and walking with this great God who loves me unconditionally. And I am hopeful that by God’s continued grace, I can also say “I am the Lord’s servant” in whatever work he calls me to in the future.

I believe the great work of each of our small lives is to live hand-in-hand with God for his big purpose and fame. My prayer for and encouragement to anyone reading this is that we would be like Mary, Brother Lawrence and Paul in seeking to “put no confidence in the flesh” (Philippians 3:3); that we would lay down any temptation we have to build our own kingdom, and instead seek to make faithful to progress toward fulfilling God’s great work out of our love for him.

“But whatever were gains to me I now consider loss for the sake of Christ. What is more, I consider everything a loss because of the surpassing worth of knowing Christ Jesus my Lord, for whose sake I have lost all things. I consider them garbage, that I may gain Christ and be found in him, not having a righteousness of my own that comes from the law, but that which is through faith in Christ—the righteousness that comes from God on the basis of faith. I want to know Christ—yes, to know the power of his resurrection and participation in his sufferings, becoming like him in his death, and so, somehow, attaining to the resurrection from the dead.

“Not that I have already obtained all this, or have already arrived at my goal, but I press on to take hold of that for which Christ Jesus took hold of me. Brothers and sisters, I do not consider myself yet to have taken hold of it. But one thing I do: Forgetting what is behind and straining toward what is ahead, I press on toward the goal to win the prize for which God has called me heavenward in Christ Jesus” (Philippians 3:7-14).

There is so much freedom in letting go of our human version of success, which oftentimes turns into a misguided “Christian” version of success, achievement and identity. When we let go of these things, we can trade them in for godly contentment and confidence in Christ’s work, his loving presence, and his ability to lead us to where he knows we can most effectively serve him. Jesus is the cornerstone around whom we must build our identities and his is the kingdom we must build.

So yes! Go do big things for God, truly “big” things—the things of everyday life—for him, with him and by his grace. 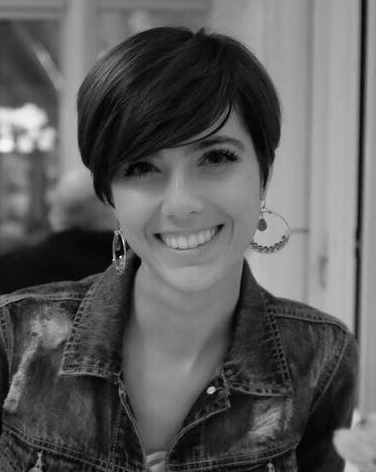 Leslie Kehl Vann is an abstract expressionist painter whose compositions explore the mysterious relationship between spontaneity and structure as well as the inherent significance of the creative process itself. She draws inspiration from the study of God’s Word and the peace of soul it provides. Her paintings seek to visually interpret this journey through a method she likes to call “painting by the Spirit,” where the overflow of her dependent, Spirit-filled heart comes through the expression of her surrendered hands with the intention of truly blessing those who view her work. She and her husband, Adrian, live in Georgia with their three fur babies.

Exquisite from the inside out, the NIV Artisan Collection Bible invites you to journal or draw alongside Scripture while delighting in the beauty of the cover, featuring a unique expressionist art piece by painter Leslie Vann. Learn More