Jesus’ Claims That He Is God 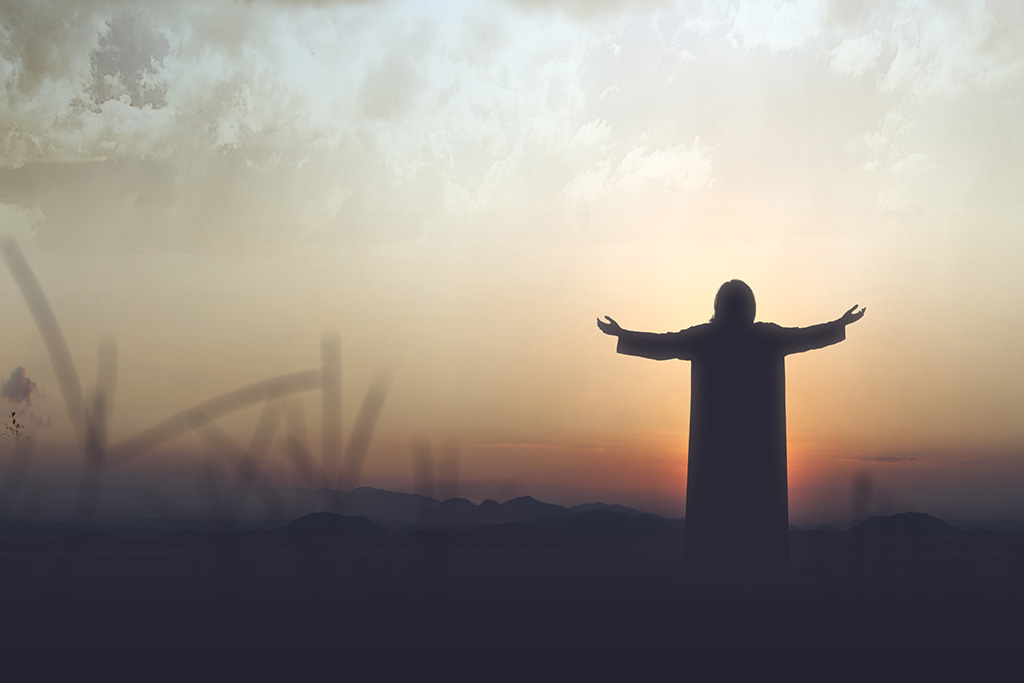 A convincing piece of evidence of Jesus’ divinity is his self-perception, revealed in statements like Matthew 10:40, in which he claims that he and God are one in the same. The Gospels record many statements made by Jesus that confirm he knew of his divinity; however, some interpreters claim that Jesus never intended to make such shocking statements. Do Jesus’ words really confirm that he thought he was God?

On many occasions, Jesus made claims with unprecedented authority. Although God communicated his message through many prophets in the Old Testament, they all knew that their teachings were not their own; they were merely messengers (see Isaiah 44:24–26; Haggai 1:13).

Jesus, however, knew he was more than God’s messenger. Ten times in Matthew, Jesus corrected misunderstandings of the law or overruled Jewish custom by his own authority, saying, “You have heard that it was said . . . But I tell you” (see, for example, Matthew 5:22, 27–28, 31–32).

As seen in Matthew 10:40, Jesus equated himself with God. He also knew that the Father had given him authority, and he claimed that authority (see John 5:25–27; 10:17–18; 17:2). Jesus didn’t just claim to be God; he backed up that assertion with amazing feats of healing, with astounding demonstrations of power over nature, with transcendent and unprecedented teaching, with divine insights into people, and ultimately with his own resurrection from the dead. So when Jesus claimed to be God, it was not some sort of delusion; rather, it was the absolute truth.

What Risks Came with these Bold Claims?

The woman said, “I know that Messiah” (called Christ) is coming. When he comes, he will explain everything to us.” Then Jesus declared, “I, the one speaking to you—I am he.” John 4:25–26

By fulfilling the ancient prophecies found in the Old Testament, and by assigning to himself a term only used of God, Jesus affirmed his identity as the one sent by God to be the Savior of Israel and the world.

When a Samaritan woman said to him, “I know that Messiah is coming,” Jesus replied, “I, the one speaking to you—I am he.” Having made this unambiguous claim, if he then failed to match the prophetic portrait, Jesus would be an imposter worthy of rejection and disdain—a false prophet who should be rejected by Jews and Gentiles alike.

Jesus’ audience would have immediately recognized the significance of his “I am” statements – he clearly intended to express his divinity. By referring to himself as “I am,” Jesus claimed to share the same name and nature as God, which is powerful evidence that reinforces his divine character.

In these many statements, Jesus put his credibility on the line. If he fulfilled the prophecies, then he was indeed the Messiah. If he could back up his “I am” statements by his suffering, death and resurrection, then he was God in the flesh. But if he fell short in any of these areas, he would certainly have been exposed as a fraud.

Jesus knew he was the person appointed by God to execute the climactic saving act of God in human history. He had been authorized by God, empowered by God, he spoke for God, and he was directed by God to do this task. So what Jesus said, God said. What Jesus did was the work of God.

How Is Jesus Different from All Other Religious Figures?

And now these three remain: faith, hope and love. But the greatest of these is love. 1 Corinthians 13:13

Jesus was unlike any person who preceded him or anyone who will follow him. While other religious figures throughout history have given wisdom and spiritual guidance to millions of people, two factors distinguish Jesus from the rest: first, his divinity, and second, his love.

Jesus, the King of heaven, selflessly forfeited the comforts of heaven and rejected all offers of earthly power or wealth to lead a short, simple life. Ultimately, he proved the depth of his love by sacrificing his life on our behalf. As the Son of God, he so loved the world that he paved a path to God for everyone who acknowledges him as God (see John 3:16; 14:6).