How to Pray the Bible Back to God 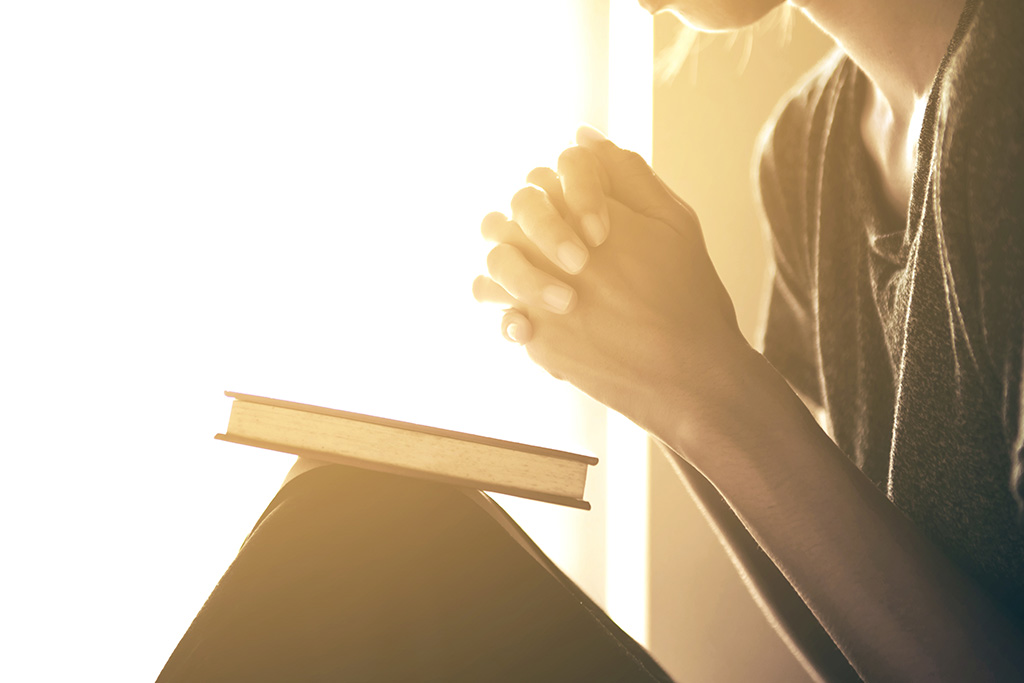 The Bible is an important tool for understanding the heart and mind of God. As we enter into our quiet times to read Scripture reflectively, we should also take time to read it responsively. We do this by pausing to interact with God about what we’re reading.

The book of Acts tells us what happened after Peter and John were released from jail for preaching the gospel:

On their release, Peter and John went back to their own people and reported all that the chief priests and the elders had said to them. When they heard this, they raised their voices together in prayer to God. “Sovereign Lord,” they said, “you made the heavens and the earth and the sea, and everything in them. You spoke by the Holy Spirit through the mouth of your servant, our father David:

‘Why do the nations rage
and the peoples plot in vain?
The kings of the earth rise up
and the rulers band together
against the Lord
and against his anointed one.’” —Acts 4:23–26

These first Christians responded to the return of Peter and John by praying together, and in doing so they incorporated David’s prayers from Psalm 2.

In the above example, the Christians responded with Scripture that they had memorized and internalized. We see Jesus doing the very same thing on the cross. He quoted Psalm 22:1 as he cried out:
“Eli, Eli, lema sabachthani?” (which means “My God, my God, why have you forsaken me?”). —Matthew 27:46

Luke tells us that before Jesus died, he quoted Psalm 35:1:
“Father, into your hands I commit my spirit.” When he had said this, he breathed his last. —Luke 23:46

The more familiar we become with Scripture, the more we will find the Spirit bringing it up at appropriate times. When that happens, it becomes a great springboard for prayer and communion with God. This is one reason why Bible memorization is so important

The Bible features many prayers. When we run across them, we can pause to read them aloud as a prayer or jot them down to use in future prayer times.

Recognizing Yourself in Scripture

Sometimes when you’re reading a Bible story, the Spirit will draw your attention to a particular character. Maybe it’s to point out an issue you need to repent of and work on, or it could be a character whom you could use as an inspiration and model for your future decisions. In both cases, this is a good time to stop and pray.

As the ark of the Lord was entering the City of David, Michal daughter of Saul watched from a window. And when she saw King David leaping and dancing before the Lord, she despised him in her heart.

They brought the ark of the Lord and set it in its place inside the tent that David had pitched for it, and David sacrificed burnt offerings and fellowship offerings before the Lord. After he had finished sacrificing the burnt offerings and fellowship offerings, he blessed the people in the name of the Lord Almighty. Then he gave a loaf of bread, a cake of dates and a cake of raisins to each person in the whole crowd of Israelites, both men and women. And all the people went to their homes.

When David returned home to bless his household, Michal daughter of Saul came out to meet him and said, “How the king of Israel has distinguished himself today, going around half-naked in full view of the slave girls of his servants as any vulgar fellow would!”

David said to Michal, “It was before the Lord, who chose me rather than your father or anyone from his house when he appointed me ruler over the Lord’s people Israel—I will celebrate before the Lord. I will become even more undignified than this, and I will be humiliated in my own eyes. But by these slave girls you spoke of, I will be held in honor.” —2 Samuel 6:16–22

It could be that in reading this passage your attention is drawn to David’s unabashed heart for worship, and you find yourself thinking, “I wish I was as unashamed and as enthusiastic as David was.” If so, stop everything and ask God to make you more like David. If you’re reading this passage and realize you’ve had times that you’ve responded like Michal and judged and shamed someone for their zeal, respond to the Lord’s prompting with confession and prayer.

Reading the Bible for Relationship

In our quiet times, God is there—present and active. He’s pointing out principles and truths from his Word, and it’s only appropriate that we should pause, reflect, and respond in those moments. The more we do, the more we’ll find that Scripture does more than feed our minds; it also draws us closer to God.