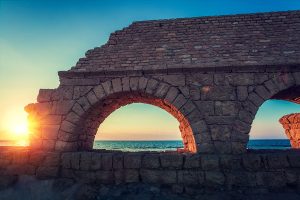 Most of the psalms in the Old Testament are prayers of an individual or prayers offered on behalf of an individual. However, many are hymns calling the congregation to praise, and a number record prayer for a community that is suffering or in distress. This last group is called “community laments” Some examples include Psalm 44; 60; 74; 79; 80; 83; 85; 90; 94; 123; 126; 137.

Songs of community lament have a long history in Mesopotamia, beginning with laments over the destruction of holy cities as early as the third millennium BC. Compositions similar to these earliest city laments became detached from their original historical setting and were used centuries later for other occasions on specific days of the temple worship calendar.

One lament over the destruction of Sumer by the Gutians near the end of the third millennium BC was recast and used nearly 2,000 years later for any situation involving enemies from the northern or eastern frontier. The importance of this example is to illustrate the freedom in ancient Near Eastern cultures to reuse older songs in new contexts, applying words crafted in the original situation to a new setting.

Most often, Old Testament community laments originated in the midst of a military crisis (e.g., Joshua 7:7 – 9; 2 Chronicles 20:5 – 12). Psalm 44, 60 and 83 allude to such circumstances. However, the emotional themes of these psalms lend themselves to any distressful situation in which God’s people find themselves.

Community laments concerned the people as a whole, often expressed with the plural “we.” However, the song was sung by a representative of the community, perhaps a king, priest or prophet, so the singular “I” appears at times, even in a lament that also uses “we” (e.g., Psalm 44). 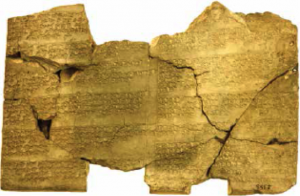 A Hittite community lament over the destruction wrought by an enemy, spoken by King Arnuwanda, c. 1350 BC. © Baker Publishing Group and Dr. James C. Martin. Courtesy of the Turkish Ministry of Antiquities and the Istanbul Archaeological Museums, Turkey

A Hittite community lament over the destruction wrought by an enemy is spoken by the king (Arnuwanda, c. 1350 BC) in the singular (“I”) but also includes “we,” in this case including his wife, the queen, as they lament how the gods plundered their land. Military disaster was not the only occasion for community lament. The Hittite laments include a series of prayers offered by King Mursili II (c. 1300 BC) concerning a plague that struck the land. One might compare the anguish over death that dominates the communal lament in Psalm 90.

The NIV Cultural Backgrounds Study Bible brings the ancient world of Scripture to life for modern readers through hundreds of articles, color photos, charts, maps, and more on the customs, culture and literature of biblical times.
Learn More