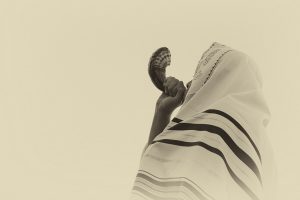 Today – the tenth day of the month of Tishri – is the Day of Atonement, known in Jewish tradition as Yom Kippur. The Day of Atonement was the one time a year when the high priest was permitted to enter the Holy of Holies (or Most Holy Place) to make atonement for the sins of the priests and of the people of Israel, as well as to purify the Most Holy Place, the tent of meeting, and the altar (Leviticus 16:33; see also Hebrews 9:7).

The Israelites were not to work on the Day of Atonement, as it was “a day of Sabbath rest” (Leviticus 23:32). They were also to “deny themselves” (Leviticus 16:29-31; 23:27), an expression interpreted to indicate a requirement of fasting. The Day of Atonement was the only regular fast day stipulated in the Old Testament, though tradition later added other fast days to the Jewish calendar.

The rituals for the Day of Atonement have two basic components: purifying the sanctuary and eliminating the sins that caused the impurity and offended Yahweh.

The order of tabernacle (later, temple) procedure is found in Leviticus 16:

1. The high priest went to the basin in the courtyard, removed his regular garments, washed himself and went into the Holy Place to put on the special garments for the Day of Atonement (verse 4).

2. He went out to sacrifice a bull at the altar of burnt offering as a sin offering for himself and the other priests (verse 11).

3. He went into the Most Holy Place with some of the bull’s blood, with incense and with coals from the altar of burnt offering (verses 12–13). The incense was placed on the burning coals, and the smoke of the incense hid the ark from view.

4. He sprinkled some of the bull’s blood on and in front of the atonement cover of the ark (verse 14).

6. At the altar of burnt offering the high priest killed the goat for the sin offering for the people, and for a second time he went into the Most Holy Place, this time to sprinkle the goat’s blood in front of and on the atonement cover (verses 5, 9, 15–16a).

7. He returned to the Holy Place (called the “tent of meeting” in verse 16) and sprinkled the goat’s blood there (verse 16b).

8. He went outside to the altar of burnt offering and sprinkled the blood of the goat and the bull on it “to consecrate it from the uncleanness of the Israelites.” “The Israelites” here apparently including both Aaron and his household (verse 11) and all the rest of the people (verse 15)).

9. While in the courtyard, he laid both hands on the second goat, thus symbolizing the transfer of Israel’s sin, and sent it out into the wilderness (verses 20–22).

10. A man chosen to take the goat away (verse 21), after he had done so, washed himself and his clothes outside the camp (verse 26) before rejoining the people.

11. The high priest entered the Holy Place to remove his special garments (verse 23).

12. He went out to the basin to wash and put on his regular priestly clothes (verse 24).

13. As a final sacrifice he went out to the altar and offered a ram (verse 3) as a burnt offering for himself, and another ram (verse 5) for the people (verse 24).

14. The conclusion of the entire day was the removal of the sacrifices for the sin offerings to a place outside the camp, where they were burned, and there the man who performed this ritual bathed and washed his clothes (verses 27–28) before rejoining the people.

A Precursor to Christ’s Once-for-All Sacrifice

God presented Christ as a sacrifice of atonement, through the shedding of his blood — to be received by faith. (Romans 3:25)

In the Septuagint, the pre-Christian Greek translation of the Old Testament, the word for “atonement cover” is the same one used of Christ and translated “sacrifice of atonement” in Romans 3:25. Some interpreters add that the Greek for this phrase could speak of a sacrifice that satisfies the righteous wrath of God (traditionally rendered “propitiation”).

The sins of God’s people, punished temporarily and partially in the animal sacrifices of the Old Testament period, were totally punished in the once-for-all sacrifice of Christ on the cross.

(Jesus Christ) is the atoning sacrifice for our sins, and not only for ours but also for the sins of the whole world. (1 John 2:2)

God’s holiness demands punishment for human sin. Therefore out of love, God sent his Son to make substitutionary atonement for our sin. Without this appeasement all people are justly destined for eternal punishment. Jesus’ representative death satisfies God’s wrath against our sin. And forgiveness through Christ’s atoning sacrifice is available worldwide to all who receive it by faith. 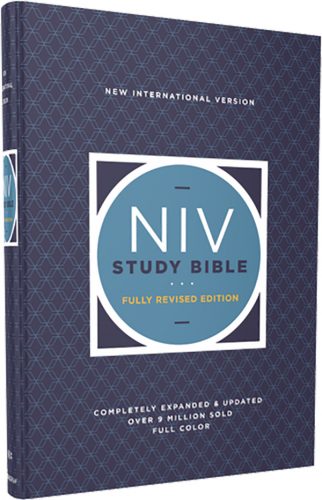