Who Is This Jesus? Our Long-Awaited Unexpected Messiah 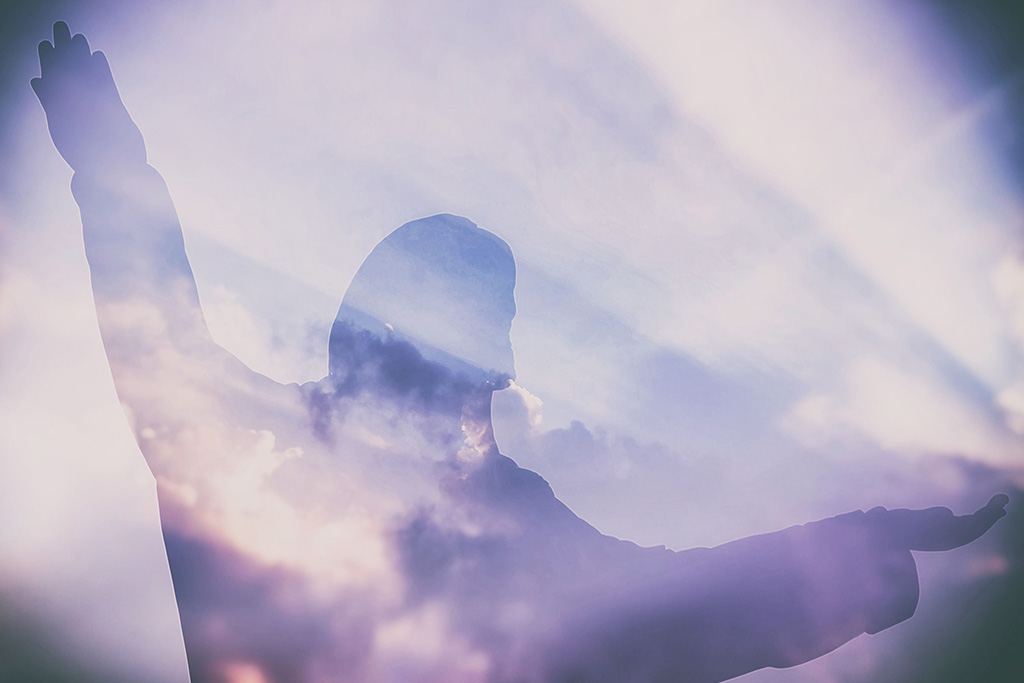 Good things come to those who wait,” or so the saying goes. But sometimes the things we wait for don’t meet our expectations. Most of us know what it’s like to wait for something we really want. The more we hope for it, the more our anticipation builds, and the greater our expectations become. But what if the wonderful thing we’ve been waiting for suddenly arrives, and it looks nothing like we imagined. Would we be able to recognize it? And how would we respond? With joy? Disappointment? Or with rejection and a decision to keep waiting for something better?

The Gospel of Matthew tells the story of Jesus. It tells the good news that Jesus truly is the long-awaited Messiah in whom the hopes of Israel are fulfilled. But his arrival, his appearance, his ministry, and his message weren’t what some people were expecting. From the time of their exile, the people of Israel had endured centuries of foreign rule and oppression. But God had promised through his prophets to send his servant, the Messiah, to deliver his people from their enemies and install an everlasting kingdom marked by peace and prosperity (Daniel 7:13–14). Over 400 years of silence had passed since God last spoke to Israel through the prophet Malachi. The people of Israel spent those years waiting for the day when God would fulfill his promises. Suffering under the rule of the Roman Empire, the people of Israel hoped for a Messiah to come to overthrow their oppressors and restore their nation.

It is at this point that Jesus arrives on the scene. He heals the sick, raises the dead, frees the demon-possessed, and multiplies bread to feed thousands, all the while preaching that the kingdom of heaven has come near (Matthew 4:23–24; 9:25,35; 14:19–21). His bold teaching is spoken with authority unlike any other with miraculous demonstrations of power to match (Matthew 7:29; 8:17; 9:8). Taking notice, crowds gather to be near Jesus. They are astonished at his teaching, which surpasses that of their religious teachers (Matthew 7:28–29). Yet he doesn’t meet their expectations of a mighty warrior. They are waiting for a leader like King David to bring about a victorious revolt against Rome (Matthew 12:23).

Jesus’ provincial origins, his plain appearance, his sympathy for outcasts, his cryptic teaching on the kingdom of heaven—these things do not fulfill Israel’s hopes. The unexpected nature of Jesus’ arrival also has them stumped. Many, even some of those closest to Jesus, question whether he is the one who was prophesied to come or whether they should wait for another (Matthew 11:3).

With budding faith, some people step out of the crowd to follow Jesus and become his committed followers. To these disciples—who demonstrate more than curiosity—Jesus reveals the secrets of the kingdom of heaven (Matthew 13:11). He teaches them what the kingdom is like and how the disciples, as citizens of this kingdom, are to pattern their lives on earth until the day that the kingdom is to be fully established. He shows them, with his words and his deeds, that he is more than a human prophet—he truly is the Messiah, the Son of the living God (Matthew 16:16). But in a stunning turn, Jesus states that he will be a suﬀering and dying Messiah who will rise from the dead (Matthew 16:21). This is news that not even Peter, the first of his disciples, can comprehend (Matthew 16:22–23).

Then religious leaders begin to contest Jesus’ claims. Jesus’ teaching and behavior don’t conform to the regulations long held by the Pharisees and teachers of the Old Testament law. His departure from their established ways makes him suspect at best, a danger and threat at worst. So instead of taking to heart his message of repentance, the religious leaders take offense and challenge his authority. When Jesus forgives a man’s sins, they accuse him of blasphemy (Matthew 9:3). When Jesus frees people from demon possession, they attribute his power to Beelzebul, the enemy of God (Matthew 9:34; 12:24). In their stubborn rejection, they rule out the possibility that Jesus could be the one they have been waiting for.

These religious leaders conspire to silence Jesus. Using their influence among the people, they manage to turn the crowds against him. Former fans of Jesus’ teaching and miracles devolve into his vehement foes. The crowds, with the religious leaders steering the way, ultimately reject Jesus as their Messiah and collude with the Roman authorities to have him crucified. With his death, it seems decided that Jesus was just an ordinary man, a pretender, a failed insurrectionist whose following fizzled out just as quickly as it began.

Shortly after Jesus’ death, rumors start circulating that Jesus has been resurrected. Not only that, some say that he has appeared to his followers, that everything he preached about the arrival of the kingdom of heaven is true, and that he really is the Messiah. Can these rumors be believed? Is it possible that Israel has failed to recognize the Messiah right in their midst?

Exactly Who He Claimed to Be

The author of the Gospel of Matthew, believes that Jesus is the Messiah they were waiting for. Once a despised tax collector, Matthew obeyed Jesus’ call to follow him, and Matthew became one of Jesus’ inner circle of 12 disciples, the founding apostles of the church (Matthew 9:9; 10:3). Writing approximately 30 years after Jesus’ death and resurrection, Matthew wants his audience to be confident that Jesus is exactly who he claimed to be. Matthew demonstrates repeatedly that Jesus has fulfilled the prophecies and promises of the Old Testament, such as the lineage of the Messianic king (Matthew 1:2-17), the fulfillment of various Old Testament prophecies and themes (e.g. Matthew 1:22–23; 2:4–5,15,17,23, etc.), and the fulfillment of the Old Testament Law and Prophets (Matthew 5:17–20). Despite everything that was unexpected about him, Jesus truly is the Messiah, the heir of God’s promises to Israel through David, as well as heir to the promises God made to Abraham the patriarch for the blessing of the nations (Matthew 1:1).

In validating Jesus’ Messianic claim, Matthew does not shy away from unexpected actions and teachings. Rather, he highlights them, showing how Jesus surpasses expectations. Jesus may have seemed disappointing to those expecting the Messiah to lead a political resistance, but Matthew’s Gospel clarifies that Jesus did not come to establish an earthly kingdom. Rather, he came to inaugurate the kingdom of heaven on earth, whose form is spiritual and unseen until Jesus returns in glory to fully establish his kingdom and rule as king. The discourses punctuating Matthew’s narrative function as a manual on kingdom attitudes, ambitions, ethics, and conduct for all disciples of Jesus to obey.

Matthew also shows that Israel vastly underestimated the kind of person the Messiah was meant to be. Jesus Christ is not a mere man or prophet; he is the divine Son of God (Matthew 3:17; 17:5; 14:33; 16:16; 27:54). In entering the world, Jesus was Immanuel, God with us (Matthew 1:23). And with his humble human birth, he came to be humanity’s humble servant king, to serve and not be served (Matthew 20:28). Even his death on the cross was God’s intended mission for the Messiah—to be the once-for-all sacrifice for the sins of his people as God’s suffering servant (Matthew 26:28).

The redemption Jesus the Messiah brings is not just for Israel but for all humanity. He died on the cross not only for the Jewish people but for all nations. In establishing his kingdom of heaven on earth, Jesus teaches his disciples to proclaim a universal invitation (to Jews and Gentiles alike from every nation) to become his disciples (Matthew 28:19). Anyone who believes in Jesus’ true identity as the Messiah, the Christ, the Son of God, can become his disciple, enter the kingdom, and enjoy his fellowship. This is especially good news to those who were once deemed lost to the religious institution: the sick, the poor, and the sinners.

For reflection: What do you believe about Jesus? Do you think he was who he claimed to be? What do you need to trust God for in your life?

Article written from content in the book introduction to Matthew in the NIV Grace and Truth Study Bible. 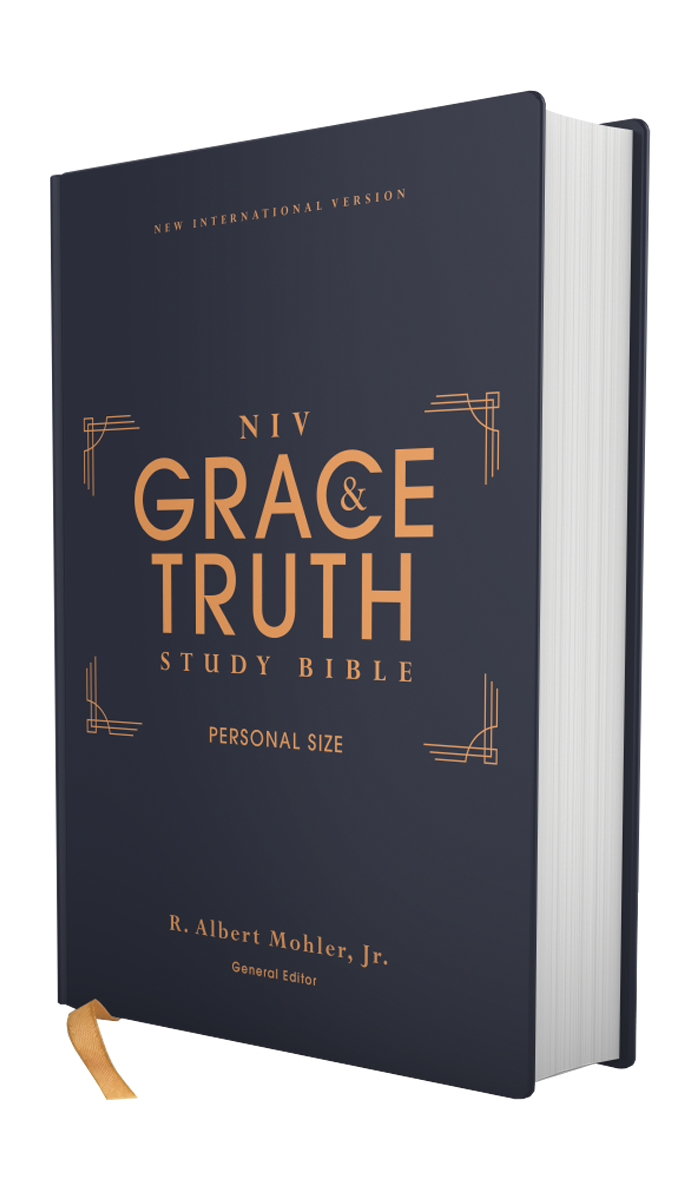