The “Son of Man”: Six Interesting Facts about a Disputed Title 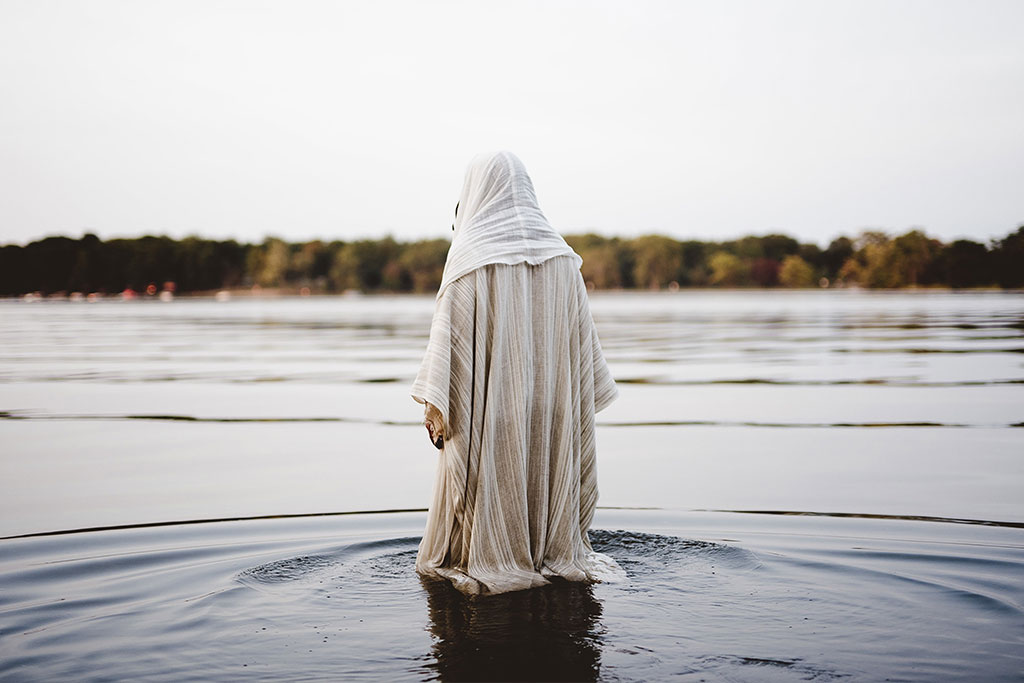 Jesus was given many titles, like “teacher,” “rabbi,” and was sometimes even called “Messiah.” However, Jesus’ preferred form of self-reference was “Son of Man,” a phrase that occurs 66 times in the Synoptic Gospels and 12 times in the Gospel of John. But what does it mean? Who is the Son of Man?

1. “Son of Man” as a title for Jesus is rare outside of the Gospels.

The “Son of Man” title is not used in the Apostles’ Creed or Nicene Creed.

So, outside the Gospels, the title “Son of Man” doesn’t get a lot of airtime!

2. In the Old Testament “Son of Man” means “human being.”

What is mankind [Hebrew enosh] that you are mindful of them, human beings [Hebrew ben adam] that you care for them? (Ps 8:4 NIV, emphasis mine)

Note that ben adam can be translated, literally, as “son of Adam,” and it is set in parallel to enosh, for “mankind.” Hence the NIV footnote: “What is a human being that you are mindful of him/a son of man that you care for him?” A son of man/Adam means “human being.”

Similarly, in Ezekiel, the Hebrew ben adam is used for God’s address to Ezekiel, and it seems to mean something like “mere mortal man.”

“Son of man [ben adam], stand up on your feet and I will speak to you.” As he spoke, the Spirit came into me and raised me to my feet, and I heard him speaking to me. He said: “Son of man [ben adam], I am sending you to the Israelites, to a rebellious nation that has rebelled against me; they and their ancestors have been in revolt against me to this very day.” (Ezekiel 2:1-3 NIV)

Because of this background, some translators apply this human aspect to the title “Son of Man” in the Gospels, and they render Jesus’ self-reference as either “Son of Adam” (Scholar’s Version) or “the Human One” (CEB).

3. The Son of Man is a central figure in Daniel 7.

Daniel 7 is a very, very important chapter of the Old Testament, one that had a big impact on Jewish messianism and the Christology of the New Testament.

The climax of the vision is where a mysterious figure, “one like a son of man,” receives power and authority from the Ancient of Days.

In my vision at night I looked, and there before me was one like a son of man [Aramaic, kebar enash], coming with the clouds of heaven. He approached the Ancient of Days and was led into his presence. He was given authority, glory and sovereign power; all nations and peoples of every language worshiped him. His dominion is an everlasting dominion that will not pass away, and his kingdom is one that will never be destroyed (Daniel 7:13-14 NIV, emphasis mine).

This mysterious man is perhaps an angel (see the human qualities of angels in Daniel 10:5-6) or is a heavenly representative of God’s people (see Daniel 7:22,27), or is a symbol of God’s kingship who stands against the arrogant “horn” (Daniel 7:8).

Now note this: in later Greek translations of Daniel 7:13, some interesting things happen.

Maybe the Old Greek was just a scribal error; perhaps some copyist dropped out the “e” by mistake and messed up the meaning. However, if deliberate, it means that some translators or copyists were intentionally trying to depict the son of man as a divine heavenly being.

Otherwise, in later Jewish literature, “Son of Man” becomes a messianic title, particularly noticeable in 1 Enoch 37-71, 4 Ezra 13, and in the New Testament.

4. Debates about the Aramaic words of Jesus

In the Greek New Testament, the Evangelists describe Jesus as ho huios tou anthrōpou—literally, “the son of the man.” The double use of the article “the” is unusual in Greek and is probably trying to give an emphasis to an expression that was an important self-designation for Jesus.

But here’s the thing: Jesus spoke in Aramaic, so how does one say “son of man” in Aramaic? It takes a bit of guesswork, but Jesus probably referred to himself in Aramaic as bar enash, or some variation thereof.

Scholars point out that in Aramaic bar enash is an idiom, not a title, and it can mean something like “I,” “human beings in general,” “a man as one among the people,” or “a man in my position.”

What is debated is whether bar enash is a generic description of people or whether it can have particular sense of “this man.”

My intuition is that Jesus probably referred to himself as bar enash, but did so with a particularizing connotation, which is why the first people to translate Jesus’ words into Greek decided to adopt the awkward Greek expression ho huios tou theou to convey the particular way that Jesus described himself as the man.

In the phrase “Son of Man” (bar enash) Jesus appropriated scriptural language for a human being but used it with some particularity to refer to himself. In addition, on some occasions, Jesus linked bar enash with the heavenly son of man from Daniel 7 and its messianic connotations. But he also added a pattern of suffering and exaltation (possibly from Isaiah 53). Therefore, Jesus used “son of man” to refer to himself and his messianic role to usher in God’s reign after he went through the crucible of suffering and the triumph of exaltation. Thus, “son of man” (in our English) refers to Jesus’ own distinctive yet tantalizingly cryptic form of self-reference that Israel’s deliverer was a man, the man, an anointed man who would suffer, die, and then receive all authority and power; i.e., the Messiah.

Bet you didn’t know that!

What should you take away from this? Well, to think of Jesus as “son of man” certainly requires us to take his humanity seriously; but more than that, it also tells us that he is the man, the Messiah, that mysterious “one like a son of man” in Daniel 7 who is given “authority, glory and sovereign power” (Daniel 7:14). This is why one of the “things” I emphasize in my book Seven Things About the Bible I Wish All Christians Knew (Zondervan, 2020) is the importance of understanding the Bible in both its canonical context and its historical setting. If you do that well, and engage in a little bit of homework, then titles like “son of man” come alive in whole new ways!

By Dr. Michael Bird. Article drawn from Seven Things I Wish Christians Knew About the Bible.

Dr. Michael Bird is an Anglican priest and Academic Dean at Ridley College in Melbourne, Australia. He is the author of over thirty books including Seven Things I Wish Christians Knew About the Bible and with N.T. Wright The New Testament in its World. He can be followed on twitter @mbird12, his substack page michaelfbird.substack.com, and on his YouTube channel Early Christian History. 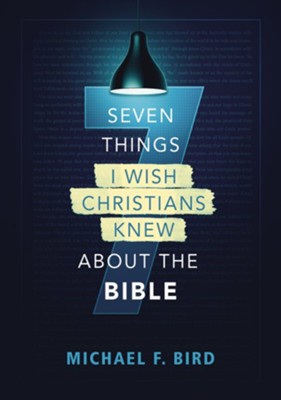 Seven Things I Wish Christians Knew About the Bible

Dr. Michael Bird provides answers to common questions and misconceptions about the Bible in Seven Things I Wish Christians Knew about the Bible. This helpful book offers a short and readable introduction to the Bible including its origins, interpretation, truthfulness, and authority. Learn More