Questions People Have About Jesus 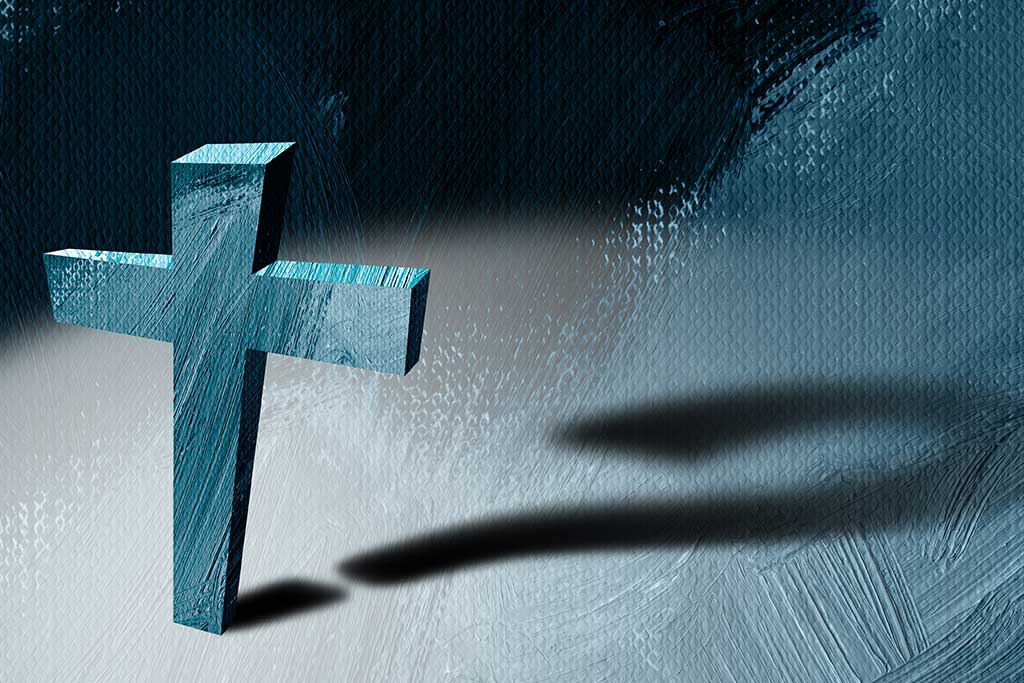 Any spiritual explorer seeking to understand the Christian message must consider Jesus’ message about himself. You can join with him and embrace what he taught; you can reject him and call him a narcissist; you can step to the middle and let go of what seems perplexing; or you can throw up your hands and retreat into an agnostic fog. But it is no mere academic question. Here, we answer questions people ask about Jesus –

“If the Bible is the only book that talks about Jesus, how can you prove he even existed?”

Historical events can’t be “proven” in the strict sense of the word. In science, you can conduct experiments that can be repeated. But history happens once, and then it’s over. Exploring antiquity is more akin to a courtroom than a laboratory. It requires historical evidence, not tests and double-blind studies. For example, you can examine written documents contemporaneous with the person or event in question. Sometimes you can discover archaeological artifacts. You can also observe societal changes that shed light on how someone made an impact.

Keep in mind, the Bible isn’t just one book — it’s many books. There are four very important ones, the Gospels, which record Jesus’ life and teachings. The other 23 books of the New Testament mention Jesus as well. Most of them were written within a few years or decades of Jesus’ life — before those who knew him had died. Several are, in fact, eyewitness accounts. These are extremely important sources for understanding the Jesus of history, not just the distorted Jesus supposedly made up by Christians. They are the living records of people who actually heard and spoke to him, or interviewed those who were there.

“Aren’t the New Testament writers biased and, therefore, untrustworthy when they write about Jesus?”

To be sure, the New Testament writers sincerely believed what they wrote. But they had nothing to gain by making up stories. Because of persecution, they put their lives at risk (and most, in fact, were killed) by spreading Jesus’ message.

Matthew, who wrote the gospel that bears his name, had been a close follower of Jesus. Mark was the companion of Peter, and he likely used Peter’s recollections for his biography. Luke was the traveling companion of the Apostle Paul, and they met and interviewed many who had known Jesus — a fact Luke makes explicit in the introduction of his book (Luke 1:1 – 3). John, like Matthew, had been a disciple (one of Jesus’ hand-picked followers) and wrote from his first-hand experience.

Then there’s the Apostle Paul. After years of trying to destroy Christianity, he had a dramatic “about face” (read how it happened in Acts 9:1 – 31). All of Paul’s writings are very early (he was martyred in AD 64), and he cites many details about Jesus’ life and impact, including the most amazing of Christian claims — that Jesus rose from the dead. It simply isn’t true that these are “myths” dreamed up decades or even centuries after they supposedly happened.

Jesus’ words, actions and resurrection convinced these writers to testify about him even if it meant their death. For most of them, it did. You may die for a lie you thought was true, but you don’t die for a lie you made up yourself.

“Even if the Bible has reliable information about Jesus, wouldn’t such a notable figure be mentioned elsewhere?”

Other writers do mention Jesus! There are at least 17 early sources outside of the Bible that talk about either Jesus directly or his followers and their beliefs. The Roman historians Tacitus and Suetonius, the Jewish historian Josephus, as well as other authors like Lucian and Pliny all refer to him. These sources also corroborate more than 50 details about Jesus, including his death on the cross and the controversial claim of his coming back to life (note: these authors didn’t personally believe Jesus rose from the dead, they just recorded that claim).

We must also consider Jesus’ unmatched impact. Other charismatic leaders rose to prominence in the first and second century. What is it about Jesus that his name is still with us, and all the other alleged Messiahs and revolutionaries have been forgotten? Theudas and Judas of Galilee were two such leaders (mentioned in Acts 5:36 – 37). Yet there is no religion called “Theudianity” in our day; the “First Church of Judas the Galilean” doesn’t exist. Two billion Christians, however, claim to follow this obscure first-century Palestinian Jew — Christianity is the single most popular religion of all time. And consider that we use the abbreviations BC, meaning before Christ, and AD, for the Latin Anno Domini, “the year of our Lord” for our dating system. All this is compelling evidence that, at the very least, Jesus existed; but it also confirms the lasting mark he made because of the extraordinary figure he was.

“Many other religious leaders such as Muhammad, Buddha, Confucius and Lao Tzu were noteworthy teachers. Why put Jesus in a special category?”

Jesus’ teachings are known, followed and quoted by more people than those of any other human being, living or dead. Many of his sayings — phrases like, a Good Samaritan, turn the other cheek, love your enemies, let your yes be yes, take the plank out of your own eye, to walk on water (something Jesus actually did!) and many others — are so memorable that they have entered into our vernacular. The extent of his influence is unmatched in human history.

At Jesus’ birth, the angels declared he was “Immanuel,” which meant “God with us.” Think of it: a child being named God-in-human-form! Another prophecy had said he would be called, “Mighty God” (Isaiah 9:6). When you call a teacher “God,” you’ve definitely moved beyond what sane people typically say about their instructors!

Consider also the significance of what Jesus said about himself. Jesus boldly declared he would preside over the last judgment of all humanity. None of the other major world religious leaders ever made such an outlandish assertion. At one point, a follower knelt before him and cried out “my Lord and my God” (John 20:28). Jesus didn’t rebuke him but instead offered a commendation — and nobody watching seemed to have had a problem with it!

One last thing that sets Jesus apart is his resurrection from the dead. That story didn’t develop over decades in a remote location, far from where the events took place. Nor was it meant figuratively, as if “his teachings were living on” despite his death. His followers immediately made that assertion, and did so in the very city where he died.

You can visit the mosque where Muhammad is buried. Buddha was cremated, and his ashes dispersed. But when you go to Jerusalem and visit  Jesus’ tomb  . . .  it’s empty.

“What’s wrong with taking the view that Jesus was a prophet but nothing more?”

Look again at what Peter, a member of Jesus’ inner circle said: “You are the Messiah, the son of the living God” (Matthew 16:16). Peter had seen Jesus heal the sick, raise the dead, walk on water and teach to spellbound masses. When Peter spoke those words, Jesus heartily agreed with him. Would a prophet — let alone someone claiming less for himself — accept such blasphemy?

Adopting the title “Son of the living God” put Jesus beyond prophetic status. If Jesus was a good moral teacher — instructing others to live with humility — why didn’t he take his own advice? Jesus apparently failed to keep his own ego in check, and then praised whoever reinforced his grandiosity!

Unless his claims were true!

“If Jesus actually existed and was a world-renowned teacher but claimed to be something more than a prophet  . . . who or what was he?”

Yet that is what Jesus taught, what all first-century Christians believed, and what his life, death and resurrection confirm.

Consider one final story from Jesus’ life. At his trial when everyone was saying contradictory things about him, Jesus was adjured to testify about who he claimed to be. Jesus affirmed he was the Christ, the Son of God, and then went even further. He quoted from the Old Testament (see Daniel 7:13 – 14), applying to himself the title “son of man.”

It may sound innocuous to us, but those in that courtroom knew exactly what Jesus meant. The “son of man” was the human/divine ruler who would judge the entire world at the end of time. So Jesus was saying, in effect, “I stand before you today in your court, but at the end of time you will stand before me in mine!” The affront was unmistakable, and with that declaration, Jesus’ enemies had exactly what they wanted — unambiguous blasphemy and a “crime” worthy of condemning Jesus to death. The tragic thing was that no one in that courtroom paused to consider that he actually might have been the promised One!

It matters what you think about Jesus.

Jesus once posed a provocative question to his followers: “Who do you say I am?” They quickly parroted a few of the popular conjectures circulating. Jesus pressed them. “And what about you? What’s your opinion?” After a pause, Peter, one of his most trusted followers, blurted out, “You are the Messiah, the son of the living God.”

Jesus was pleased. Peter got it.

Jesus was a person, not a concept, and he desires you know him as he is.

From The Journey Bible.