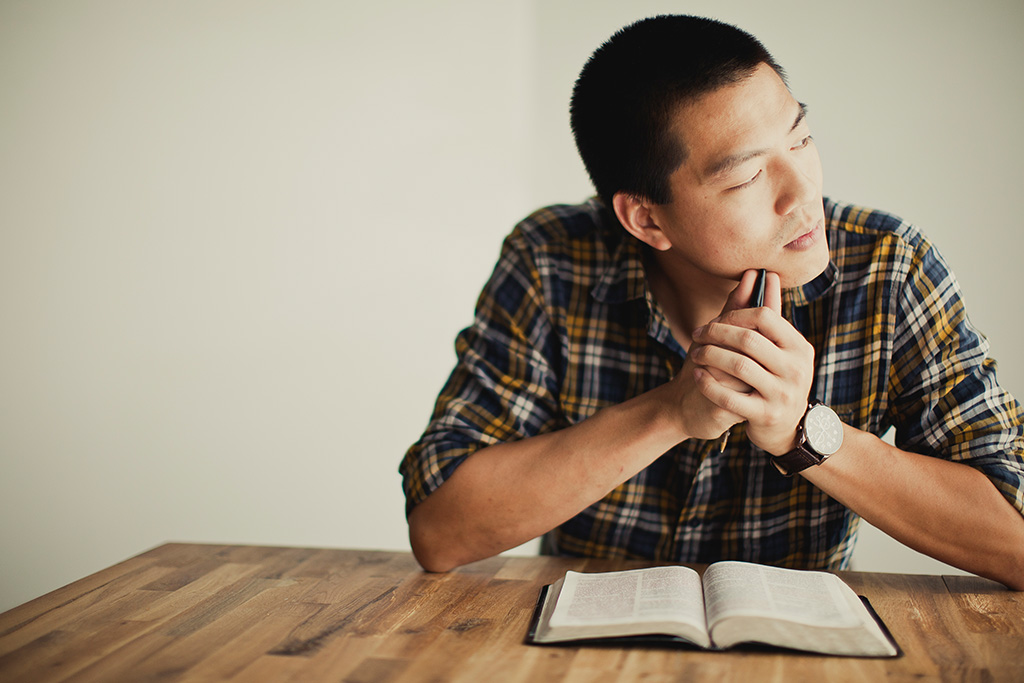 Here are three common arguments against trusting the Bible and reasons why they’re mistaken.

1. We Can’t Trust the Gospels

While the argument often boils down to the fact that we can’t believe any books of the Bible, people often focus on the Gospels. Why? Because if someone can discount the validity of the Gospels, the whole Christian story falls apart. Generally, these people argue that the Gospels do not include eyewitness accounts. They’re not written as first-person narratives, and nothing suggests that they were composed by people who were personally present to witness the gospel events.

The whole New Testament started coming together while there were still plenty of people who could deny or corroborate the gospel story. It’s those people that Luke interviewed when he was assembling his Gospel:

“Many have undertaken to draw up an account of the things that have been fulfilled among us, just as they were handed down to us by those who from the first were eyewitnesses and servants of the word. With this in mind, since I myself have carefully investigated everything from the beginning, I too decided to write an orderly account for you, most excellent Theophilus, so that you may know the certainty of the things you have been taught.” —Luke 1:1–4

When Luke goes on to write the book of Acts to document the birth of the church, he often slips into the first person point of view in his narrative. It’s obvious that Luke believes the eyewitness accounts he shares in his Gospel enough to make personal sacrifices for the growth of the church.

In Peter’s second epistle, he not only affirms that he was an eyewitness of the gospel story, but he also highlights Jesus’ transfiguration as an example (Matthew 17:5; Mark 9:7; Luke 9:35):
“For we did not follow cleverly devised stories when we told you about the coming of our Lord Jesus Christ in power, but we were eyewitnesses of his majesty. He received honor and glory from God the Father when the voice came to him from the Majestic Glory, saying, ‘This is my Son, whom I love; with him I am well pleased.’ ” —2 Peter 1:16–17

The author of John’s Gospel also claims to be an eyewitness:
“This is the disciple who testifies to these things and who wrote them down. We know that his testimony is true. Jesus did many other things as well. If every one of them were written down, I suppose that even the whole world would not have room for the books that would be written.” —John 21:24–25

Furthermore, we read in Paul’s letter to the Corinthians that the disciples weren’t the only eyewitnesses to Jesus’ resurrection. Hundreds of people saw the risen Christ:
For what I received I passed on to you as of first importance: that Christ died for our sins according to the Scriptures, that he was buried, that he was raised on the third day according to the Scriptures, and that he appeared to Cephas, and then to the Twelve. After that, he appeared to more than five hundred of the brothers and sisters at the same time, most of whom are still living, though some have fallen asleep. — 1 Corinthians 15:3-6

2. We Can’t Trust the Canon

The canon (the list of books accepted as Scripture) is another reason that detractors suggest we can’t trust the Bible. From their perspective, the books of the Bible were chosen by people and not God. They’ll frequently bring up apocryphal books that didn’t make it into Scripture, or historical arguments against the books that did.

The truth about how the Bible came together is not as messy and contentious as some would suggest. In fact, the disagreements about which books should and shouldn’t be included should actually help us trust the process, because the people involved in putting together the canon were serious about getting it right.

Was there some dispute about which books were to be regarded as Scripture? Yes. But it wasn’t over many books, and the disagreements weren’t universal. Origen, the Greek scholar from the second and third century, talked about debates over 2 Peter, 2 John and 3 John, and James, but he commented that there were some who did not accept them. Any discord was fairly contained.

If you’re interested in learning more about how the Bible came together, check out the post “Can I Trust My Bible? ” It’s full of interesting facts about how the biblical canon was established that will help you see that the early church leaders didn’t create the canon, they merely affirmed it.

3. We Can’t Trust All the Biblical Inconsistencies

Critics of the Bible eventually bring up discrepancies in the Gospels. They might not have specific examples, but they’ll allude to a number of places in the Gospels where the different accounts of the same stories aren’t completely consistent. Maybe the sequence of events is out of order. Sometimes names and numbers are different from one book to another. If this book is divinely inspired, they argue, it doesn’t make sense that there would be any inconsistencies.

First of all, it’s important to recognize that these apparent contradictions in the Gospels aren’t new discoveries. Christendom is full of intelligent, educated people who have invested time studying and researching these apparent inconsistencies and still put their trust in the Christian Scriptures.

Most of these contradictions involve cases where two accounts highlight different facts, but this is a common occurrence. For instance, if a husband and wife walked to the hardware store and stopped along the way to talk to a friend who was watering her yard, they might recall the day differently. If someone asked what they did that day, the husband might say, “We went to the hardware store.” But the wife might tell you that they had a great talk with Helen down the street. It’s not that these two stories are irreconcilable; it’s that they both focus on particular events.

If you’re interested in learning more about inconsistencies in the Gospels, check out the post “Bible Contradictions Explained: 4 Reasons the Gospels “Disagree.” In it, Mark Strauss, professor of New Testament at Bethel Seminary, discusses apparent discrepancies in the Gospel accounts at length.

You Can Most Certainly Trust the Bible

For thousands of years, detractors and critics have sought to disprove and dismiss the Bible. But God’s Word is still here and beloved by billions of people who turn to it for comfort and guidance every single day. Even more inspiring are the number of people who have risked their lives to ensure that it is available in languages that common people can read and understand, or distributed in countries where it is forbidden.